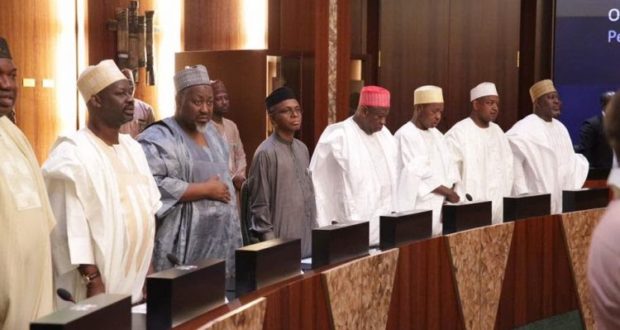 Giving life pension for ex-state Governors is an act of fraud, illegal- Don

A Don at the Department of Political Science, University of Nigeria Nsukka, Dr Ifeanyichukwu Abada, has urged state houses of assembly to ignore request by governors seeking for life pension.

Abada, who is the immediate past Head of Department, made the call in an interview with Nigeria News Agency on Thursday in Nsukka.

The don said a contemplation of life pension for governors and political appointees remained an aberration, illegal as well as an act of fraud.

“Life pensions are only meant for civil servants and other private employees who were strictly recruited to work according to set public service and industry rules after retirement.

“It is therefore illegal and act of fraud to pay a governor or any elected officer pension as the constitution has not stipulated so,’’ he said.

The don, therefore, advised state legislators in the country to resist any attempt by any governor to lure or force them to make a law that would give legal backing to the alien practice not captured by the constitution.

“The only way we can strengthen and safeguard our democracy in this country is to reject such impunity, undemocratic act and fragrant abuse of power.

“It is undemocratic and abomination for a governor who served only eight years to receive life pension.

“What pains more is that the monthly salary of a governor runs into millions of naira, whereas some civil servants who spent 35 years in service collect N30, 000 minimum wage only,’’ he said.

The former head of department also said that governors at the end of their tenure are paid severance allowances that run into millions, adding that it was “unthinkable for governors to insist being captured as pensioners’’.

He also explained that most of the governors were fulfilled rich Nigerians while some others were already pensioners.

According to the lecturer, the amended Pension Act strives on contributory scheme and not offered on a platter of