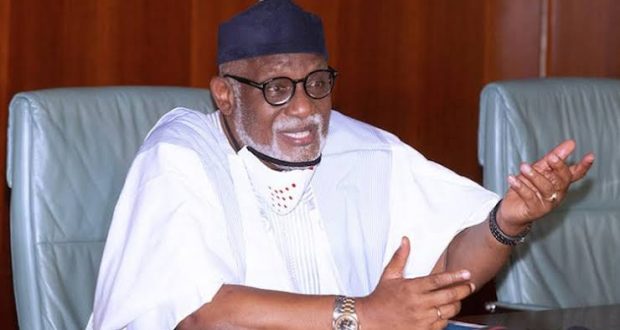 The opposition party in a statement saidthe Ondo First Lady ranked among wives in the corridor of power who knew exactly what to do with the enormous influence and lush funds available to their husbands.

Spokesman for the Ondo PDP, Kennedy Peretei, in a statement, wondered if Mrs. Akeredolu had been involved in development activities or politics of Imo State before her husband became Governor.

The statement reminded Mrs. Akeredolu to relocate her voting centre from Owo in Ondo State to Imo State.

He said the several chieftaincy titles bagged by Mrs. Akeredolu ahead of her declaration for the Senate cost Ondo Tax Payers huge resources that could be channelled to the welfare of the people.

According to him: “Mrs Betty Akeredolu is desirous of joining the league of wives of former Governors in the Nigerian Senate. She must remember that those former governors wives who contested Senatorial elections did so where their husbands reigned as governors.

“Akeredolu will be unable to do anything in the Imo contest apart from squandering our lean resources to service some politicians in Imo State who will never tell Ada Owere the truth.”

But Special Assistant to Governor Akeredolu on New Media & Archives, Debo Akinbami, said Mrs. Akeredolu has the requisite contents, contacts and wherewithal to win election and do well as a Senator.

Akinbami, in a statement, said it was a stain on the standing of the Governor’s wife for the opposition party to say she relied on the Ondo State coffers to fund political ambition.

“Mrs. Akeredolu who is contesting to represent the Owerri Zone at the National Assembly is an accomplished professional who having reached the peak of her career at the Federal Ministry of Agriculture, retired and since been contributing to helping and healing humanity in various ways,” he said.

Previous: Tinubu: Nigeria will surely overcome its challenges
Next: 2023: Elections should be suspended, interim govt should be set up- Afe Babalola