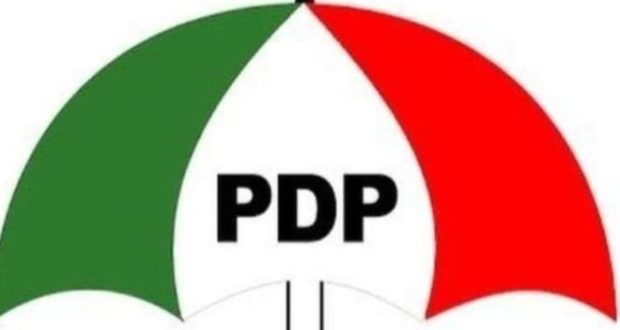 The crisis rocking the People’s Democratic Party (PDP) in Cross River State has snowballed into more serious dimension due to the suspension of the State Chairman Ntufam Edim Inok Edim by executive members of his Ward 3, Calabar Municipality.

The suspension was contained in a letter dated May 1, 2020 and addressed to the National Chairman of the PDP titled “Notification of suspension from the party”.

It was signed by the Ward 3 Chairman and Secretary, Peter Ika and Nsa Ekpo respectively.

The suspension came on the same day another letter from the National Secretariat of the party disassociated itself from a purported list from a faction loyal to Governor Ben Ayade and paraded by Edim.

Recently, the National Working Committee accepted the inauguration of the new ward exco in the 196 wards of the State as conducted by a Notary Public amidst intrigues and in accordance with the COVID-19 guidelines as well as the relevant portion of the Party constitution.

“We discover with shame and dismay the conduct of our member from the ward and who is the state Party chairman of PDP in Cross River State, Ntufam Edim Inok Edim as exhibited on the 30th April at the state secretariat. His un-brazen attack on the National Chairman and other members of the PDP National Working Committee (NWC) of receiving a bribe of N150million to release the Exco list which he qualified as “fake”. He labelled the National Chairman and other National Working Committee members as demons, criminals and other unprintable names as contained in this video, he declared that he will not carry out the instruction/directives of the National Working Committee as contained in letter N): PDP/DOM/GF.V/VOL.2/20-387B of April 26, 2020 but went further to inaugurate his own acclaimed Ward and Local Government Exco from Obanliku to Bakassi local government Areas in Cross River State.

“In view of the foregoing, we hereby resolve as follows: His conduct runs contrary to the provisions of the Party Constitution as contained in chapter 10, section 58, sub1, b, c, and h respectively”.

“That Ntufam Edim Inok Edim, a member of the party from Ward 3 in Calabar Municipality and the State Chairman of the Party is hereby suspended for an initial period of one (1) month. We hereby request your consequential approval to this resolution”.

Ayade is yet to make any public statement on the crisis, which has seen him losing out in the battle for the control of the state party structure.