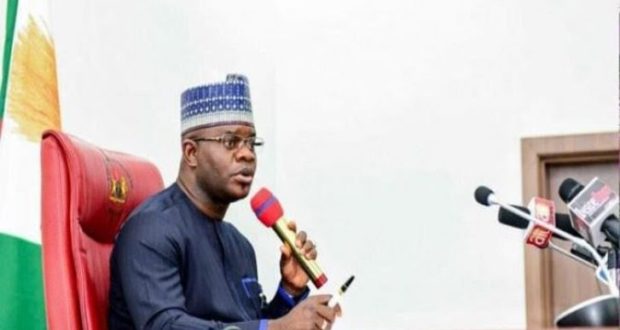 There was a traffic jam  after Kogi State Governor, Yahaya Bello, threw wads of naira notes at Gwagwalada, along the Abuja-Lokoja Road on Wednesday.

Bello, who was on his way to Lokoja from the Federal Capital Territory, Abuja in a long convoy slowed down at Madam Mercy junction and brought out three bundles of N500 notes and threw them towards passers-by.

In the gridlock that lasted 10 minutes, the governor was seen wind down the window of his vehicle, raised his hands slightly with eight fingers in the air, Daily Trust reports.

That led to some touts at a nearby motor park, Wazobia Park, singing his praise as they dashed towards where the naira notes were thrown.

But they were not alone in a scramble for the money.

Commercial motorcyclists and some pedestrians too were not left out.