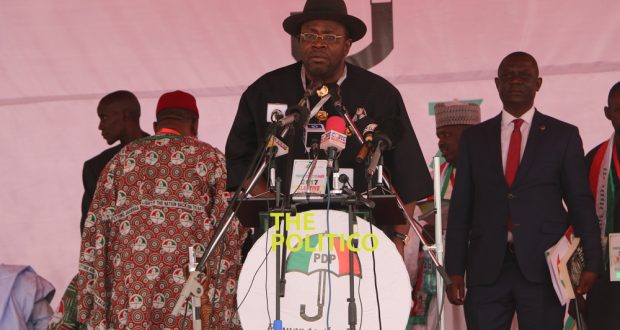 To that effect, the Chairman of the National Reconciliation Committee of the party and Bayelsa Governor, Seriake Dickson, has urged its leaders and members to focus on regaining power in 2019.

The Special Adviser on Media Relations to Dickson, Fidelis Soriwei, said the governor made the call when he led members of Reconciliation Committee on a visit to the Chairman of DAAR Communications, Raymond Dokpesi, in Abuja.

Dickson said that while the past was important as a guide to shape the future, the PDP leaders and members had a responsibility to focus their energy on the challenges ahead.

He said the visit was to interact with Dokpesi and other leaders on ways to move the party forward.

He commended Dokpesi for his maturity and love for the party as shown by the statement he issued accepting the outcome of the convention and restraining his supporters.

“Now the Convention has come and gone the way it did. As party leaders, we know that even though it was a family contest, there was a need to reach out to leaders who have played key roles in the party, and whose contributions in moving forward would continue to be significant.

“We thought we should interact with you, to share ideas with you, to discuss some of the concerns and issues that have arisen after the Convention,” Dickson said.

Dokpesi recalled his pre-Convention position that the outcome of the Convention would be accepted since being Chairman was not a do or die affair.