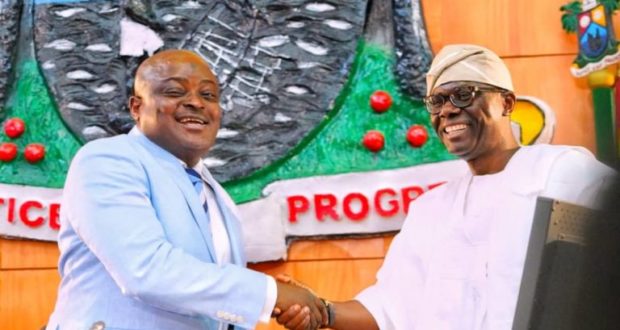 Gov. Babajide Sanwo-Olu of Lagos has laid the year 2020 proposed Budget of N1.168 trillion before the State House of Assembly.

Sanwo-Olu said the proposed budget had been christened: “The Budget of Awakening to a Greater Lagos”, and would give priority to the completion of ongoing projects.

He said that the budget would be funded by a projected total revenue of N1.071 trillion, and a deficit amounting to N97.53 billion.

According to him, the budget size is higher than the 2019 budget by 34 per cent.

“The capital expenditure amounts to N723.75 billion while the recurrent expenditure is N444.81 billion, giving a 62:38 capital to recurrent ratio.

“This, in our view, is strong for development. We have placed an increased focus on wealth creation, where we will take deliberate steps in courting a partnership between our people and various development institutions.

“In line with this, we have provided N11.8 billion as counterpart funds in preparation for various social impact schemes.

“In addition, we have made provisions for N7.1 billion this year, to provide for industrial hubs, parks, graduate internship programmes and virtual markets for artisans.

“This is in support for Micro, Small and Medium Enterprises, which are the engines for both economic and employment growth,” he said.

The governor said that it was equally proposed that N167.81 billion of the Recurrent Expenditure should be applied towards personnel costs and other staff-related expenses.

According to him, the budget deficit of N97.53 billion will be financed by both internal and external loans.

“This budget seeks to aggressively invest in and develop our education, health and other physical infrastructure sectors.

“Although our capital spending on works and infrastructure was just N31 billion as at September 2019, as against the 2019 budget proposal of N78 billion, it is our intention to spend N115 billion in 2020.

“Education will see a significantly increased capital budgetary allocation of N48 billion, an increase of 60 per cent over the 2019 provision of N30 billion.

“We must improve the standard and relevance of our education outcomes to our industries,” he said.

Sanwo-Olu said that his administration would work together with local governments to strengthen early child education and teachers training/administration, while leveraging technology.

He said that similarly, in healthcare, government had provided for a capital expenditure of N33 billion, compared to the 2019 budget proposal of N21 billion.

“Lagos belongs to us all; we will continue therefore to drive partnerships with the private sector in promoting health services within our institutions.

“Given the perennial challenges of flooding in the metropolis, we have tripled the capital budget provision to tackle this from N3 billion in 2019 to N9 billion in 2020,” he said.

Obasa said the intention of the House was to make the budget a special New Year gift to the people of “this great state’’.

The speaker said the house would work diligently for the early passage of the budget so that developmental work can start in earnest in the state.

“Ladies and gentlemen, we have all listened with rapt attention to how the wealth of our state will be utilised for our common good in Y2020 with the budget size of N1,168 trillion themed: Budget of Reawakening to a Greater Lagos.

“The responsibility is now on the members of this House to do the needful; and I assure you that we will meticulously perform our constitutional duty,” he said.

Obasa commended the governor for being astute, courageous, insightful, forthright, thorough and determined. 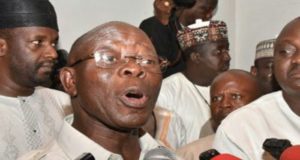 APC Governors felicitate with Oshiomole at 68 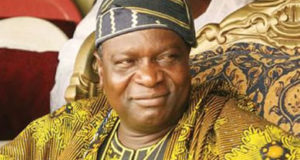 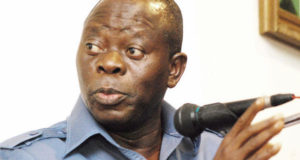 Wase to Oshiomhole: You are a dogged and fearless leader