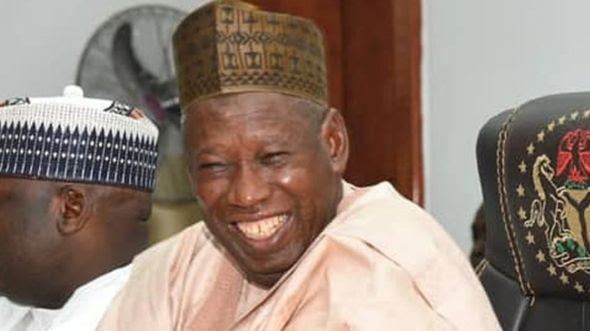 The newly launched Operation Shege Ka Fasa got a fresh snub on Friday after Governor Abdulahi Ganduje of Kano State declared that his state had no need for the security outfit.

Ganduje said in Abuja that his administration preferred building a strong synergy between the communities and the security agencies to backing the Operation Shege Ka Fasa.

He spoke 24 hours after the Sultan of Sokoto, Alhaji Sa’ad Abubakar, distanced himself and the Northern Traditional Rulers from the security outfit which was launched on Wednesday.

It is the brainchild of the Coalition of Northern Groups to serve as a counterpoise to the Western Nigeria Security Network codenamed Operation Amotekun, The Nation.

Ganduje, speaking to State House correspondents, after leading a large delegation of Kano State eminent personalities on a courtesy visit to President Muhammadu Buhari, said the state government had invested so much in security at various levels that it would be unnecessary to consider any other external arrangement.

He described Kano as the most peaceful state in the country currently and has a conducive environment for the security agencies to perform to their maximum level.

The Kano State governor also said that his administration’s free and compulsory education from basic to secondary levels was already addressing the dual menace of mass out of school children and early girl child marriage.

The Emir of Kano, Muhammadu Sanusi II, was not part of the delegation, but Ganduje said talks were on to resolve the disagreement between the Emir and the Kano State Government.

His words: “Kano State, being the most peaceful state in the federation. Very soon, we are going to have a community security summit. That is how the communities are going to assist security agencies.

“We are going to come out with a blueprint. Instead of recruiting people into the police force, we are going to build a strong synergy between the communities and the security agencies. The synergy will be from the ward level to the local government level to the state level to the zonal level. It will work because it has been working.

“So, there is no intention to recruit into security agencies in the state and moreover we have introduced ICT into the security operations in the state. We have built a command and control centre where we can communicate with all the DPOs in the state.

“We can see them, speak with them through the cameras. CCTVs have been installed in all black spots throughout the state. We have been monitoring and it is working. We have also installed the most powerful vehicle tracker in the country which operates even beyond Kano State. That is why Kano State is a trap where kidnappers can be arrested.

“Kano State, as of today, is the most peaceful state in the country. There are no armed robbery, no banditry, no tribal conflicts and no religious conflicts. You will recall that those who attacked the Deputy Governor of Nasarawa State were arrested in Kano.