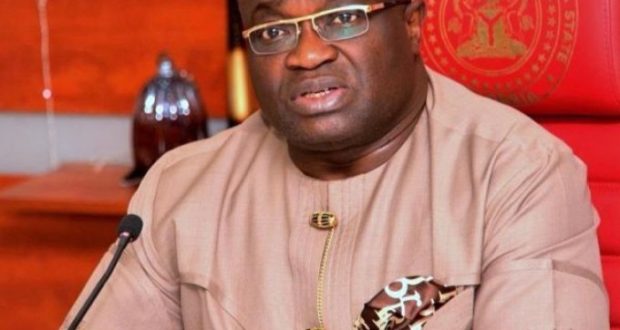 Abia State Governor Okezie Ikpeazu has ordered his deputy, Ude Oko Chukwu, to take over the affairs of the state, after testing positive for COVID-19.

His Chief Press Secretary, Onyebuchi Ememanka, said in a statement that the governor, who earlier tested negative, underwent a second test.

“The governor, who has already commenced self-isolation under the careful watch of experienced medical personnel, directed that the Deputy Governor, Sir Oko Chukwu, shall hold the forte in his absence,” he said.

The governor is among the 67 who tested positive for COVID-19 in Abia, according to the Nigeria Centre for Disease Control (NCDC).

Ikpeazu and his family earlier tested negative while some of his aides tested positive.

Sources said members of the State Executive Council, who were yet to undergo COVID-19 test, were scared of doing so, while those who did are reluctant to collect their results.

It was also noticed that some State House workers stayed away.

Sources said the governor is receiving treatment in Abuja, but Ememanka did not confirm or deny this. He, however, said Ikpeazu is stable and in high spirits.

“The governor, whose second COVID-19 test returned positive yesterday (Sunday), said his decision to present himself for a second test was to remove all doubts about his status, after testing negative initially.”

Ikpeazu said testing positive was not a death sentence.

Previous: Ondo 2020: Pro-Akeredolu group gives conditions for direct primaries
Next: 2023: We are yet to take position on Atiku, other northerners- AYCF 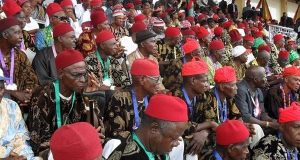