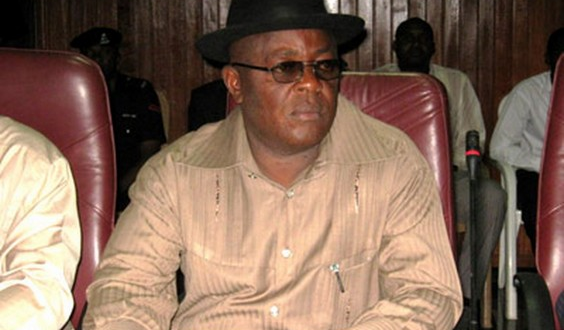 Governor Umahi promises to seek re-election with Deputy in 2019

Ebonyi Governor,David Umahi has declared that he would pick his deputy, Kelechi Igwe, as running mate in 2019.
Umahi stated that his deputy had been loyal and honest.

“Igwe has been very special; he has been extremely loyal and honest. He has assisted me greatly within these three years in office. By God’s special power, both of us will continue together beyond 2019.

“In his honour, I shall extend the 18km road that traverses the Alex Ekwueme Federal University, Ndufu-Alike Ikwo (AE-FUNAI), to the rice mill in the area. Work will commence before the end of March.”

He directed the council’s chairman to “rehabilitate” those that defected from the All Progressives Congress (APC), “so that they will appear differently after defecting to the People’s Democratic Party.”

He also appealed to Ikwo people to re-elect both members of the Ebonyi House of Assembly from the area in 2019, saying that both had garnered useful experience that would help the lawmaking process.