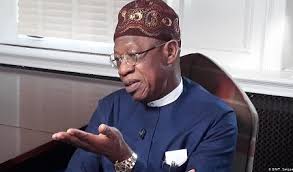 Some stakeholders in the ruling All Progressives Congress loyal to the Minister of Information and Culture, Lai Mohammed in Kwara State have dumped the ruling party to the Social Democratic Party, SDP.

The group known as “APC Loyal” are the ones that are opposing Governor AbdulRahman AbdulRazaq of Kwara State.

Speaking, the Kwara-South Senatorial chairman of the group said they don’t have any confidence anymore on the party due to the activities of APC Chairman in the state, Senator Abdullahi Adamu.

He said, “Despite our endurance in the face of the inhuman treatment meted to us in the party, it will be correct to suggest that the Kwara State governor, working in tandem with the former National Caretaker Committee Chairman, Mallam Mai Mala Buni has decided to edge us out of the party against our wish.

“And to make matters worse, Senator Abdulahi Adamu, who once headed the party’s National Reconciliation Committee, has denied us fair hearing but rather turned himself to Governor AbdulRazaq’s solicitor and advocate, is now the party’s national chairman. How then can we be hopeful of getting justice in this circumstance?

“We do not think we have a future in this party any longer and it will be safer for us to look elsewhere where our democratic views and opinions will be respected.”

“If the national leadership of the party does not believe that we are politically relevant in the state, we need to make them understand also that the man they que behind is also a blown fuse and not capable of leading the party to any victory in the state, come 2023.

“Seated with us at this press briefing are all the 193 ward chairmen, 16 local government chairmen and all the State Working Committee members who have jointly decided with our numerous supporters to announce to you today our official defection and mass movement of our supporters and party members from the APC to the Social Democratic Party,” Alabi added.

Welcoming the new members,  the National Chairman of SDP, Dr Olu Agunloye, represented by the National Publicity Secretary, Mr Rufus Ayenigba, said that the party stands for equity and fairness.

“I pity them for losing you to us. It’s a pleasure to receive this mammoth crowd to a party that is poised to take over government in 2023.

Previous: It is irresponsible for PDP to politicize terrorist attacks- APC
Next: 2023 Presidency: I will make 20 million Nigerians millionaires if elected- Yahaya Bello promises