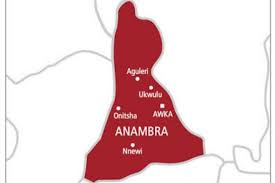 Group to INEC: Anambra governoship election must be free and fair

The Anambra State Union in the United Kingdom (UK) and Northern Ireland (ASUUK) has lamented on the deterioration of insecurity in the state.

The group seeks an end to wanton violence in the state,

It noted that the violence in the South-East state was in stark contrast to Anambra’s caring culture and tradition.

This was contained in a statement released by the union’s president, Patrick Mokwe, on Monday, and jointly signed by Mokwe and Henry Okoli, the union’s general secretary.

He urged all Anambra indigenes both home and abroad to join hands to tackle the ugly menace currently bedevilling the state and communities, irrespective of political affiliations.

Mokwe explained that the union would collaborate with the state government, other Anambra organisations in the diaspora, and international security experts to convene an all-inclusive Anambra security summit.

Mokwe restated the union’s position, saying “INEC must ensure free, fair, and credible elections on November 6, while stressing that the outcome of the forthcoming election should reflect the true choice of the Anambra people to avoid plunging the state into anarchy.”

The union would create a comprehensive database of all Anambra professionals in the UK, and the database would be made available to the state government toward socio-economic and political development in the state, he stated.

The President pledged the union’s commitment to partner UK companies, investors and collaborate with the current state government and future administration to attract more foreign direct investments to the state.

According to NAN, Mokwe called for genuine love, unity, and affection among the indigenes both at home and in the diaspora to move the state forward.

“Our immediate focus and assignment would be to reach out to all aggrieved parties to achieve a lasting and necessary unity amongst Ndi Anambra in the UK,” he added.

Previous: Kano govt says Ganduje’s wife not arrested by EFCC
Next: Many Nigerian political leaders have fallen below the bar- Lawan laments