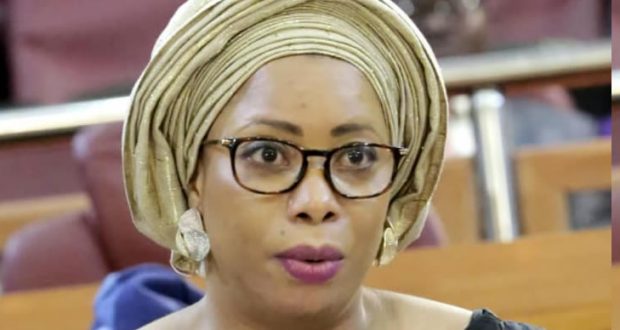 A group, Amuwo Odofin Stakeholders Consultative Forum (AOSCF), has called for immediate recall of the lawmaker representing the constituency in Lagos State House of Assembly.

In a statement made available to the News Agency of Nigeria on Sunday in Lagos, the group demanded the recall of Mrs Mojisola Alli-Macaulay over alleged “gross mis-representation” of her constituency at the assembly.

The group, therefore, vowed to commence legal proceedings for the recall of Alli-Macaulay over her comments alleging that most Nigerian youths on social media are always high on drugs.

Alli-Macaulay, in a video of her address at an Oct. 26 plenary of the House on the looting and violence that trailed the #EndSARS protests, had said, “We need to begin to orientate our young people. They are high on drugs all the time, most of them.”

The group said: “It is on record that Amuwo Odofin youths protected all business premises within the local government and they were highly commended by well-meaning Nigerians, including the council chairman.

“We would like to state emphatically, that we are not in support of destruction of property by hoodlums.

“It is unfortunate that our representative at the LSHA did not have a good grasp of the positive contributions of Amuwo Odofin youths during the crisis that ravaged other parts of Lagos State.”

The group listed six reasons as grounds for the commencement of legal proceedings to recall Alli-Macaulay from the assembly.

“She does not have functional constituency office as required by law within the constituency for almost two years in office.

“She has not prepared any bill aimed at improving the lives of her constituents and by extension, Lagos State.

“Her continuous representation is totally against the well-being of her constituents.

“It was widely circulated on major social media platforms that she used COVID-19 palliative items as gifts at her last birthday party.

“She has refused to give her account of stewardship at the Lagos State House of Assembly since she assumed office.

“She has also religiously remained inaccessible since she assumed office.”