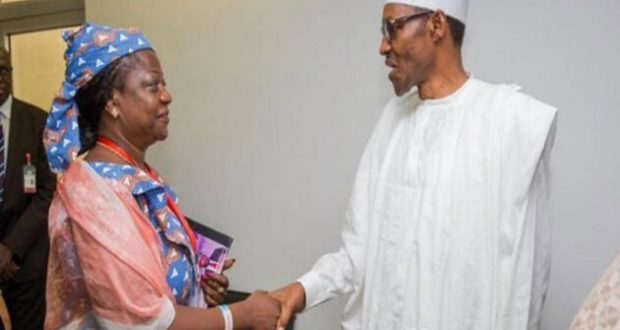 A group in the ruling APC called the All Progressive Congress Alliance for Good Governance (APCAGG) has urged Nigerians to support the nomination of Mrs Lauretta Onochie as Chairman of the Independent National Electoral Commission (INEC).

Members of the APCAAG made the call while briefing newsmen on Friday in Abuja, saying that those against Onochie’s appointment were people who undermined democratic process and the rule of law.

Mr Great Jonathan, the Convener of the group said that the appointment of Onochie could be disputed or seen as partisan as “she is not a card carrying member of the ruling All Progressive Congress (APC).’’

Jonathan said that Onochie was only serving as a Technical/Media aide to President Muhammadu Buhari and “he has the power to appoint qualified people into his cabinet.’’

“Some elements, who are afraid of their shadows and dangerous past are up in arms against the well-deserved appointment of Lauretta Onocihie by President Buhari, because of what she represents.

“Those who are afraid of being confronted in their notorious schemes of election rigging by the bold and courageous disposition of Onochie have resulted to a cacophony of noises in order to confuse the nation.

“Through their propaganda machines, they have launched an attack against her appointment but the reality is that they are afraid because she has always stood for free and fair election and that is not in their dictionary.

“They know that her appointment into INEC is a further measure by Mr President to strengthen the institution to ensure freer and more credible elections in the future and they don’t like that,” Jonathan said.

Jonathan said none of those opposing her nomination had brought anything tangible against her except that she worked for the government.

“But the question to ask is this- Is the government in which she serves not the government of Nigeria? Does she possess the intellectual capacity to do the job?

“What denies her the right like every other Nigerian from handling responsibilities in any capacity?

“Are those who have been appointed in the past and those currently serving, more Nigerian than she is?

“Has she committed any offence upon which the constitution should frown at her appointment?” the group asked.

Also speaking, Dr Tom Ohikere, a member of the group said that Nigerians should be happy over the nomination of Onochie as “she is a professional, upright and with good standing’’.

Ohikere described her appointment as “well-deserved’’ as she possesses the qualifications to drive Nigeria through a free and fair electioneering process.

Mrs Sally Chinedu, former South East Zonal Leader of the APC also lauded the nomination of Onochie, saying “ it is part of the president’s agenda of women inclusion in governance’’.

She described Onochie as a God fearing woman whose character in previous positions, professionalism and moral standards qualified her for the position

Previous: Second tenure of Akeredolu will be beneficial to women, APC chieftain assures
Next: 2023 Presidency: Igbos should lobby, they can’t get it by whipping up sentiments- APC 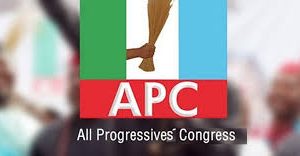 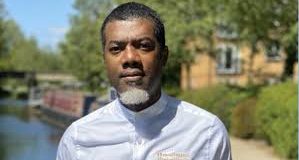