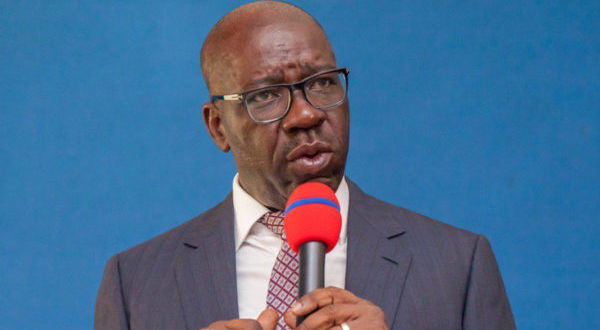 A former Governorship Aspirant of the All Progressives Congress (APC) in Edo, Mr Blessing Agbomhere, says the Peoples Democratic Party (PDP) has zero chances of winning any election in the state.

Agbomhere, who contested Etsako Federal Constituency of Edo in 2019 under the platform of PDP, but recently returned to the APC, stated this in an interview with newsmen on Sunday in Abuja.

Agbomhere said in spite the internal crisis in APC Edo, it would be difficult for PDP to defeat APC in the state, adding that APC in Edo remained formidable, stable and a party to beat.

“Today what is prominent in public domain is APC. The crisis in PDP in Edo is deeper than the one you see in APC.

“When I ran for election under PDP all the big people in PDP did not support me, it was only the state chairman of the party that took my election as an election.

“Other stakeholders in the party, what they do is that they do APC in the night and do PDP in the morning,’’ Agbomhere said.

He alleged that some of PDP leaders were giving financial supports to APC candidate, just to cover their past secretes or avoid being probed by the APC government.

Agbomhere said that the PDP Edo chairman, the party senatorial candidate, himself and few others, most of the party’s leaders lost their polling units or wards in the 2019 general elections.

“Most PDP leaders, with all sense of respect to a few of them are sellout. They have used the party and dumped the party.

“They are now traders in politics that when election is coming I can bet it that they will still go back to APC at night to negotiate.

“They will give financial support to whoever emerges as APC candidate and that is what will happen. With that attitude PDP cannot win election in Edo,’’ he alleged.

Agbomhere said one of the reasons PDP would find it difficult to win election in Edo was the politics and achievements of former governor of the state, Adams Oshiomhole, who is now APC National Chairman.

He said that Oshiomhole while in power brought development to the state especially infrastructural development, saying no governor in the state had matched his achievements.

“By the time you want to look at the infrastructural developments that Oshiomhole brought to Edo state, it is a common thing for normal eyes to see.

“Anybody contesting election in Edo, Edo North to be precise, you find yourself contending with Oshiomhole and his achievements on ground.

“For example, I went on campaign to some villages, I discovered the roads I drove on to the villages were constructed by Oshiomhole, which means when PDP was in power, they did not construct those road to those villages.

“No matter what you tell them, they have reasons to believe that the man who constructed roads to their villages has a party and it is the party they will support.’’

Agbomhere said that apart from the influence of Oshiomhole, many prominent people from the state who have impacted lives of citizens in Edo have supports for the APC.

On the APC Edo crisis, he said it was political, “but for me I believe that there is no need for the trouble.

“It is in-house fighting among family members that can be resolved over a cup of tea but it is just that some persons are making profit over the battle.’’

He said that the state governor, Mr Godwin Obaseki, who is the manager of the state resources has a major role to play in resolving it.