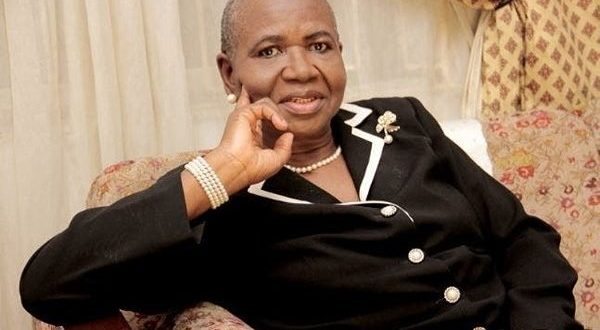 Guber Poll: PDP can only win Ondo in their imagination- Ajasin’s daughter

Anifowoshe, the daughter of first Executive Governor of Ondo State, the late Chief Michael Adekunle Ajasin, said she will continue to contest for the office of the governor until she gets it.

This is the third time she is seeking the office of governor.

Anifowoshe said that she should be admired for indicating interest in the top job.

Speaking with newsmen, Anifowoshe said she no longer cared what people said about her aspiration, adding that she would continue to vie for the position.

She said: “It can be the 10th time, when you fail, you try and try again. Anybody that thinks he can do well, if he falls, he gets up again and try. That is not their business. It is my business.

“If I fail this time, I will try again. I am a serial governorship aspirant. I don’t care about that. People have mouth, let them talk.”

Anifowoshe said the opposition Peoples Democratic Party (PDP) could only win Ondo polls in their imagination and not in real electoral contest.

She preferred the direct mode of primary election “because it will involve all card-carrying members of the party.”

The ex-Justice commissioner said that the people would be satisfied if a candidate emerged from a transparent process.

She promised to give free education to Ondo students in tertiary institutions in the state, as well as use resources of the rich to cater for the poor.

”Students have been complaining about high tuition fees. I didn’t know how much they were paying until recently.

They paid as much as N400,000. If you have four children in the Ondo State University, you know what that means for a family of peasant farmers, civil servants or artisans. I will make sure there is free tuition fee in the university. People may ask how am I going to do it? This is the magic wand I am bringing into the system. I am not going to reveal it to the media now.

“There are things I will bring to the system to show it is doable. It is when you are coming into the government with ulterior mind that you find some things difficult to do. You have a comprehensive health care insurance. For those who are not able to take the health insurance, government will make sure they are taken care of. You use the wealth of the rich to take care of the poor and vulnerable in the society,” Anifowoshe said.

Previous: Nobody can stampede Buhari in carrying out his duty-Presidency
Next: Edo gov’norship election: Group plans to deploy 500 observers