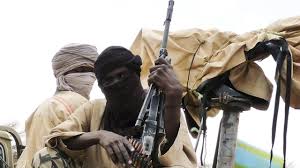 Three out of the 13 delegates from Mariga Local government Areas of Niger State for the governorship primaries have been allegedly killed by unknown gunmen suspected to be bandits.

The politicians were killed  on their way back to Mariga after the party postponed the primaries to obtain their means of identification, following a protest by some of the aspirants who were not comfortable with the delegates list.

Due to the incident , delegates were asked to return home and bring their means of identification and the primaries shifted to Thursday.

The victims were two women and a male, whose identities were not revealed.

Reacting, the  Chairman of the State electoral panel and Deputy Governor of Bayelsa State Mr. Lawrence Ewhrudjakpo who made the disclosure at the state party secretariat said the incident is sad.

Ewhrudjakpo also asked all the aspirants for the replacement of the three deceased delegates, which they agreed to after a brief discussion.

He afterwards, ordered a minute of silence be observed for the deceaseds’.