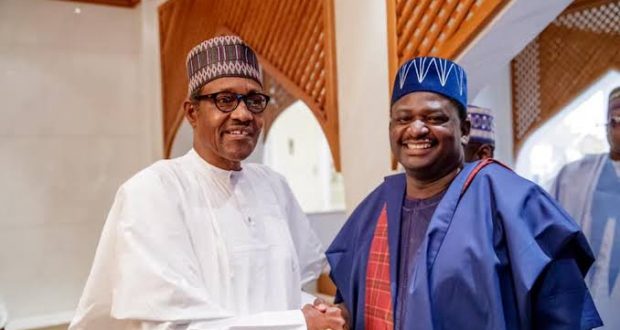 The Special Adviser to the President on Media and Publicity, Femi Adesina has described President Mohammadu Buhari as a generous man who is not tightfisted with money.

Describing how nice his boss, Buhari is, Adeshina explained how the President presented him with hard currency when he (Adeshina) was going to an even in the South East.

He made this remark in a tribute to mark his birthday. The tribute he composed is titled: ‘Buhari at 78: If Only We Knew the President’, on Thursday.

Adeshina said, “And in January 2017, I was to receive the traditional title of Nwanne di Namba of Mmaku Kingdom, in Enugu State. Courtesy demanded I tell the President. This man, who prides himself as ‘very stingy’ gave me a handsome amount of money to ferry my friends and family to the ceremony. How much? I won’t tell you, lest you ask for a belated share.

“And in May 2018, I was billed for China for a 12-day course for senior government officials from Africa. He said when the journey was two days away, I should come to see him. I did. You know what he said? ‘Adesina, I know that you don’t have money. But you are too shy to ask.’ We both laughed, and he gave me an envelope which contained foreign currency. How much? You think I’ll tell you? For where?”

He further described Buhari as a good man who always rewards loyalty and hard-work.

“Ask me for a loyal man, who never forgets a good turn, and I’ll show you Muhammadu Buhari. Among the last class of Ambassadors, he had personally picked Justice George Oguntade, who was sent to United Kingdom, and Justice Sylvester Nsofor, who he deployed to America. The latter died only last week, aged 85.

“How did the two men gain the favour, loyalty and respect of the President? In his many legal battles after disputed election results in 2003, and 2007, they had given dissenting judgements at both the Court of Appeal and Supreme Court, nullifying the election results, saying Candidate Buhari had been cheated. The man never forgot, and sought them out in due time. The same also happened to some of us working with him today”, Adesina noted

Previous: Tinubu to Buhari: You are a patriot who want the best for Nigeria
Next: 2023: Atiku on the march again, inaugurates Support Group nationwide