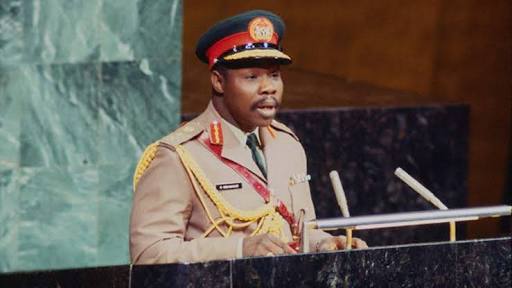 How I narrowly escaped Dimka’s bullets in 1976-Obasanjo

Ex- President Olusegun Obasanjo has explained how he narrowly escaped the bullets of Lt.-Col. Buka Suka Dimka  in the in 1976 coup plot.

He said that he would always remain grateful to  Gen. Olu Bajowa (retd.) whom acccording to him, saved him from death.

Obasanjo said this on Sunday at Igbotako in Okitipupa Local Government Area of Ondo State during Bajowa’s 80th birthday celebration.

Acccording to Obasanjo, has not Bajowa  invited him to his son’s naming ceremony, he would have been killed by the coup plotters, adding that  the person that was killed with the late Head of State, Gen. Murtala Mohammed, was mistaken for him.

Obasanjo said: “I want to say something about Olu, either he knew it or he didn’t know it. When Dimka coup came, if Olu had not been what he was and what he is, I would have gone with the coup.

“Let me tell you the story. Olu is very respectful. He is very conscious of our culture. He had a child, a boy, and wanted to name the child after me. He had to call me early in the morning that Dimka struck.

“And because Olu said he was coming, I had to wait a little bit. I waited beyond the time I would have gone out.

“Indirectly, that is how Olu Bajowa saved my life. Bajowa is an honest man, a thorough man and he is a well brought up man.”

Previous: 2023 Presidency: “Your prophecy is fake,”Bambgbose attacks prophet
Next: Nigeria not a failed state under Buhari, APC claims