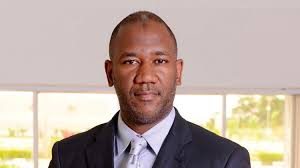 Datti Baba-Ahmmed, the newly unveiled running mate to the Labour Party presidential candidate Peter Obi has explained why he accepted the latter’s offer.

It will be recalled that the former Governor of Anambra made on Friday announced  Baba-Ahmed ahead of the 2023 presidential election.

Baba-Ahmed, a former member of the House of Representatives and a Senator is the  the founder of Baze University,

Explained why he accepted to be the running mate of Obi, Baba-Ahmed said it is based on his vision to rescue Nigeria.

According to him, Peter Obi and some key party stalwarts of the Labour Party was instrumental to his emergence as  running mate.

He said, “My task here today is simple and it is to accept my nomination but just before I do that, I should give justifications as follows.

“The undeniable and unchallengeable fundamental reason for being on this ticket is to rescue Nigeria.

“The second reason is that I believe in the greatness of Nigeria. I believe there will be peace and prosperity, and I believe Nigeria people will unite.”