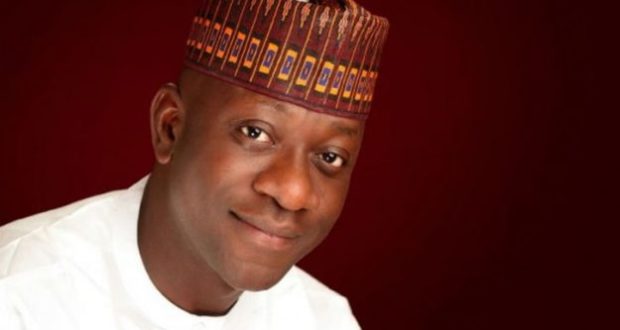 I am not looking out for compensation from APC- Jibrin

Ex-member of the House of Representatives, Hon. Abdulmunin Jibrin, says he leaves his political future in the hands of God, adding that he will still be involved in active politics.

Jibrin told newsmen after returning National Assembly property in his procession to the Clerk to the House of Representatives that even though he was no longer a lawmaker, he will still be involved in activities of the legislature.

The lawmaker, who had his election nullified by the Appeal Court, lost his reelection bid to represent Kiru/Bebeji federal constituency of Kano state.

He said he was an advocate of everybody being involved in politics, adding that being in politics does not necessarily mean occupying an office.

He said: “You can be a journalist supporting democracy. You can be someone who takes his vote very seriously and exercise it. You can be an advocate”.

READ ALSO: Budget padding allegation: Jibrin writes IGP, DSS
Speaking on his next political move, the former lawmaker said he leaves that to Almighty God, adding “the future looks very bright. And one has had a very interesting career in the House in the last 10 years. In these years.

On whether there is plan to compensate him considering the role he played in the emergence of the present House leadership, Jibrin said being in public service is about sacrifice.

“I am not looking out for compensation but again I am not tired of serving the country in any capacity either in my private capacity or to be call upon again to provide services to the government,” he said.