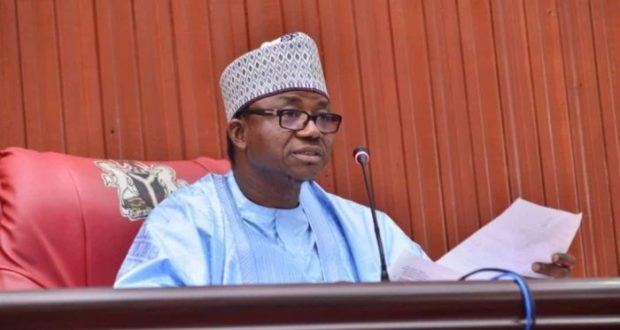 I am not thinking of dumping APC for now- Edo Speaker

Speaker, Edo State House of Assembly, Rt. Hon. Frank Okiye has said that he is not thinking of dumping the All Progressives Congress like Gov. Godwin Obaseki and his deputy, Rt. Hon. Philip Shaibu, did.

Recall that Obaseki and his deputy, Shaibu had on Tuesday, while in Abuja, tendered their resignation letters to the party after the APC screaming committee disqualified the governor last week.

Okiye, however, said he has not made up his mind if he would also dump the APC.

He stated this while feeding questions from journalists shortly after an end of a ceremony to mark his one year in office as Speaker of the State House of Assembly.

According to him, ‘’I would have been very happy if the twenty-four members of the house were completed, I have only done my part and the power to call for another inauguration of the house goes beyond me. But I have always maintained a cordial relationship with the other members who have not been inaugurated.

‘’They are my friends and we have always talked and I will not deny the fact that each time we talked we try to reflect on the possibility of their coming back to be reinaugurated.

‘’For me, you know it is like official and I have done what I feel on behalf of the house, what I feel is in the best interest of the house. The decision to do otherwise is above me.

‘’We have done our own within the limit of our capacity, it is on record that 12 bills were received by the house during the period under review, six were assented to, two were passed into law and four are at different stages of consideration,” he added

Previous: Oshiomhole: My lawyers will advise me on what step to take
Next: No extension of deadline for primaries, INEC tells political parties