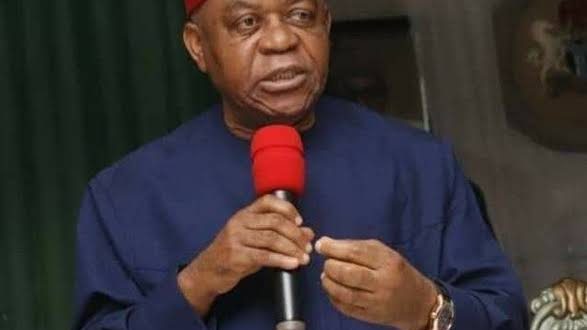 I am quitting politics for youths to come in, says ex-Abia gov Orji

Former Governor of Abia State and thee current Senator presenting Abia central Senatorial district, Theodore Orji says he stands on his word of quitting politics in politics in 2023 so that youths ones would take over.

The former Governor restated this vow  at a function held in Umuahia South Local Government Area, LGA, of the State.

He: “it is the same for every young person here. Your future as Abians is bright. I have since decided to quit politics in 2023 so as to give way for all of you.

“If I don’t quit, there won’t be space for you. But I have to quit so that you can take over. I’ll support you in every way possible.”

“You have all been supporting me since the inception of my political career, thank you so much for that; it’s the for me to support you in your own careers, too”, he concluded