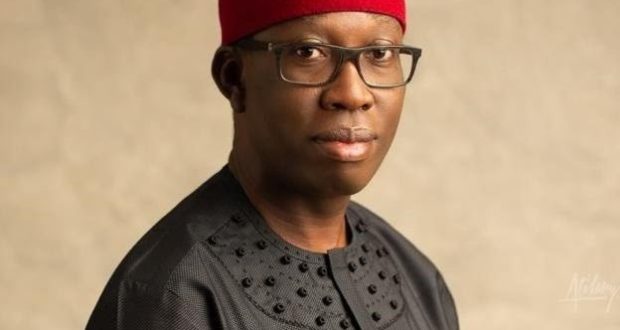 I am very confident Obaseki will be reelected- Gov Okowa

Delta Governor, Ifeanyi Okowa says he is very confident that his Edo counterpart, Godwin Obaseki, will be re-elected.

Okowa said this on Tuesday while congratulating the Edo State Governor on his 63rd birthday.

Okowa noted that Obaseki deserved to be celebrated for providing “purposeful, courageous and result-oriented leadership”.

He lauded Obaseki’s ingenuity and untiring spirit which he said the governor had brought to bear in stimulating the industrialisation of his state.

Okowa said his colleague has through a dint of hard work, discipline and vision industrialised Edo, won the admiration and respect of his people.

“No doubt, the people of Edo will in September, reciprocate your giant strides in the last four years by returning you and your amiable deputy for another term in office to guarantee a brighter future ahead of them.”

The governor prayed that God will continue to protect Obaseki and grant him good health to render more services to mankind.