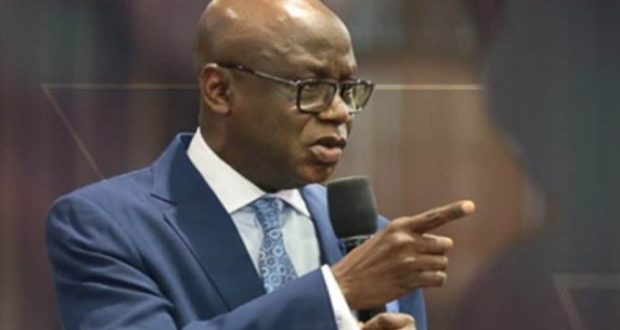 Senior Pastor of Latter Rain Assembly, Pastor Tunde Bakare, has shed more light on his call for a successful succession, saying that he wants the country to have free, fair, transparent and credible elections in 2023.

Bakare, whose address to the congregation in Ogba, Lagos, had the theme: Much Ado About Succession, said his call for a good democratic succession had drawn different reactions from various quarters when he spoke last week on: Unveiling the Real Enemies of Nigeria.

The preacher said his remarks had been interpreted as asking President Muhammadu Buhari to foist his choice on the nation in flagrant disregard of democratic principles, Punch reports.

“I neither did this nor did I insinuate at any point that President Buhari should pick or choose his successor, as some news outlets have conjured. My exact words: ‘The third pivotal objective of governance should be to build a strong post-Buhari legacy facilitated by accurate succession.’

“Therefore, as we build institutions of democratic governance, a key responsibility that history has bestowed on President Buhari at the turning point in our journey to nationhood is to institutionalise a system of accurate succession that will build and sustain the Nigeria we desire,” Bakare said.

He explained that there was no variance between this and his earlier suggestion in October 2018, when he said the country needed leaders with the mental fortitude to navigate the complexities of national realities and conceive appropriate solutions to national dilemma.

“We need leaders who possess the power of execution and the ability to see to it that solutions are effected and policies implemented. This is the breed of leader we need now and beyond. We must interrogate the method by which such leaders are produced,” he said.

Bakare said succession was about casting long-term vision, building stable institutions and raising the next generation.

He added: “My copious reference to young people in the last week address was deliberate.”

According to him, it was meant to peep into the future of the nation and the need for inclusive trans-generational governance.

Bakare said: “Let me reiterate that over the years, inaccurate succession has been the bane of institutional leadership in Nigeria. Decades after the selfless leadership of our founding fathers, the citizenry has remained disillusioned with self-aggrandisement of politicians.

“Succession is an expansive term that does not focus on one position alone, mindful as I am that no individual can singlehandedly solve Nigeria’s problem.

“Instead, it focuses on the institution of the system of predictable progress and the sustainable replacement of capable hands with capable hands across the entire system, whether through elections or appointments.”. 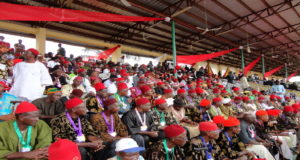