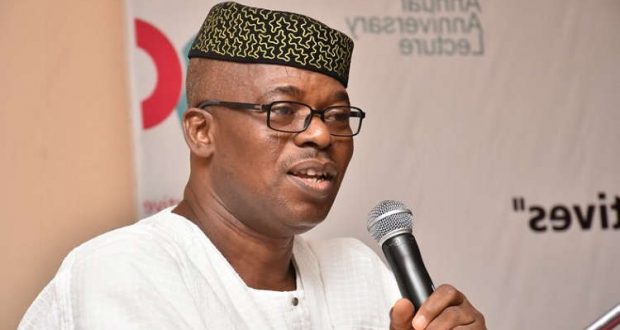 I have an unfinished business at Ekiti Government House – Oni

A former governor is seeking a comeback to his old job.

Oni was elected as governor of Ekiti state in April 2007 on the platform of the Peoples Democratic Party, but was removed from office on October 15, 2010 following the judgment of an Appeal Court, which ruled against him.

The Independent National Electoral Commission has scheduled the Ekiti State Governorship election to hold in July 2018.

Oni said on Saturday in Abuja that he would continue with his Administration’s infrastructural development programme, which made the then government popular.

He added that the construction of a standard road network would complement other economic development efforts as it would enable people living in the rural areas to convey their products from the farms without overwhelming challenges.

“When the roads are good, we can move some manufacturing and processing equipment into the rural areas.

“While in office, we almost set up at least one power plant, but unfortunately the plan was aborted by the annulment of my election by the judgment of the Appeal Court.

“As you know, without power we cannot do much and right now Ekiti is not servicing up to 10 per cent of its power requirement,’’ he said.

He said that his Administration’s micro-credit programme was a huge success as it enabled many people to build up their petty businesses.

“As far as I am concerned, it wasn’t a success; we are hoping that we will redo it.

“This time around we will put a very solid and strong cooperative system in place.

“When we have cooperatives running and they understand what their role should be in the development process, then we can initiate a micro-credit system and I believe that the system will work better than it worked before.

Previous: Problem which brought us defeat in 2015 still manifesting – Lagos PDP Lawmaker
Next: There was no reason PDP should not have ruled Nigeria for 50 years – Obasanjo