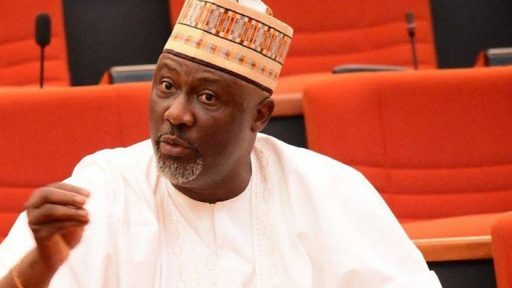 “I never expected justice from the judges,” Dino Melaye reacts to tribunal’s verdict

The Independent National Electoral Commission, INEC had declared Adeyemi as the winner of the poll against Dino Melaye of PDP.

But Melaye petitioned the tribunal seeking for him to be declared the winner of the election or on the contrary, the election is quashed for INEC to conduct a fresh election.

However, the three judges of the tribunal in a unanimous ruling on Wednesday said the petitioners’ witnesses failed to substantiate their claims in the petition to warrant granting Melaye his prayers.

The also held that the Dino Melaye failed to prove non-compliance with the standard of electoral acts in the election.

The tribunal said all the 71 witnesses called by the petitioners contracted themselves during cross-examinations and made a “worthless, unreliable and unmerited statement” that cannot be relied on.

The court also rejected the videos and other documents presented by the Petitioner during the final written addresses, because they were not pleaded uring proceedings.

Reacting to the development, Dino Melaye said: “I never expected Justice at this level. But we shall laugh last.”

He confirmed that he will seek redress at the Court of Appeal.

Dino Melaye, however, urged his supporters to stay away from violence and remain happy as he believed “justice” will be achieved.

Previous: War of titans gets messier as Obaseki asks Oshiomhole to disclose university he attended
Next: Ohanaeze Ndigbo to Atiku: Please don’t contest in 2023, support Igbo to produce next president