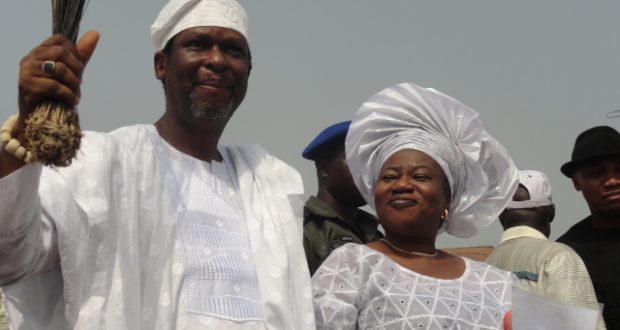 I remain in APC- Sen. Boroffice

A member of the All Progressives Congress (APC), Ajayi Boroffice, who represents Ondo North Senatorial District in the National Assembly, has denied leaving the party.

He made the clarification in Akure through his media aide, Kayode Fakuyi.

According to the statement, the defection rumour began days ago after a successful APC stakeholders’ meeting in Akure.

Fakuyi said, “the senator remains a chieftain of the APC in Ondo state and has not, at anytime, resigned his membership of the party, nor, at any moment, joined another party.’’

“As a grassroots politician and one of the founding fathers of APC in state, if he has any reason to join another party, it will attract state-wide rallies and political carnivals.

“The evolution of the APC did not start with the 2016 governorship primary election in the state. It started in 2011 when Boroffice, as the only elected member of the then Action Congress of Nigeria (ACN) in Ondo state, mobilised fellow progressives to build the progressive family in the state,” he said.

Fakuyi advised the citizenry to disregard any false report that the senator had left the APC, saying it was untrue.