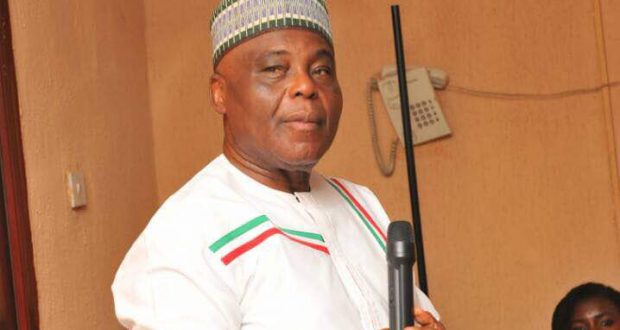 A former aspirant for the position of National Chairman of the People’s Democratic Party (PDP), Raymond Dokpesi, has pledged his loyalty to the party.

He made this known while receiving members of the reconciliation committee of the party led by Governor Seriake Dickson of Bayelsa.

The media mogul stated that he would team up with other well-meaning Nigerians to wrest power from the ruling All Progressives Congress (APC) in 2019.

“There are quite a number of things that were said before the convention. I believe that Nigerians will recall that I publicly said the convention was not a matter of life and death.

“That I did say that I was conscious of the fact that power comes only from God, and whoever emerges, I will give my unconditional support, to ensure that this party is able to fulfill its mission.

“I had defining moments where I would have on that Saturday made one or two statements that would have totally damaged the convention. But that is not my mission. My mission is to ensure that this present APC Government is removed from office.

“So, whatever were the shortcomings, I have already agreed and I signed documents twice that I would unconditionally support whoever comes out of it, Dokpesi said.