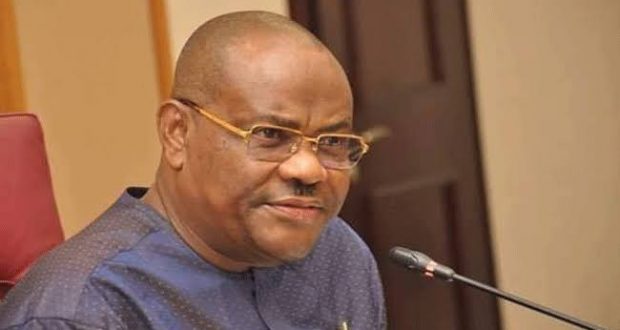 Rivers State Governor, Nyesom Wike has stated that some people mounted pressures on him to embrace the  All Progressives Congress (APC), but he resisted the temptations.

Speaking through his pecial Assistant, Media, Kelvin Ebiri, he sad  that he turned down the request because he is a man of character.

The governor spoke Thursday when he led the Governor of Abia State, Dr. Okezie Ikpeazu to inaugurate a road project in Rivers State.

He added that he would not leave PDP because the party remains the only hope for Nigeria.

He said: “PDP is a party that Nigerians want. No matter all the intimidation, it will not work. We are men of character. When we say something we stand by whatever we have said, not for pecuniary interest.

“If I was that kind of governor, I know how many times people have tried to woo us, we said no. We cannot be wooed. We are here. We started with PDP and will end up with PDP.

“We have no other political party to join because the fate of this country, the hope of Nigerians, solely depends on our party. That is why when we talk about our party, we are not talking about any selfish interest. But it is to continue to give Nigerians that hope that Nigeria is waiting for.

“So, when there is any mistake, we shout out. Everybody is hoping that in 2023 PDP should take over the realms of power in this country. Rivers State is already secured for PDP.”

He lashed out Senator James Akpanudoedehe, the National Secretary of the Caretaker Committee of APC, calling him a political prostitute.

He said: “The National Secretary of the Caretaker Committee of All Progressives Congress (APC) said I am playing to the gallery, and that I am economical with the truth. That, after all, the Federal Government has been fighting insecurity and that they gave us bail-out money.

“Bail-out money is not free money. We are paying back the money. But even if they gave us free money, does it mean that if anything is going wrong, I shouldn’t talk?

“The National Secretary of APC has been a lifetime governorship aspirant. He has no character; yesterday, he was Tinubu, today he is with the Minister of Transportation because he wants to be governor.

“Such characters cannot talk to people like us because we have character. A man without character does not have what it takes. I cannot jump from one place to another simply because you want to be governor by all means.

“Ask him, where did he vote in 2019. He voted for PDP. Let him keep his mouth shut before I will tell APC what he did. People like that shouldn’t talk to us

Previous: A lot of Revelations will come up towards the end of Buhari’s tenure- Lai Omotola
Next: Metuh: Justice Abang will reap reward of miscarriage of justice- Fayose