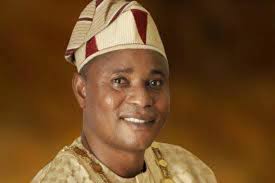 The Deputy Speaker of the Lagos  State House of Assembly, Deputy Speaker Wasiu Eshinlokun-Sanni has explained how he would offer quality representation, if elected as senator.

The Deputy Speaker called ion party members and leaders to elect him as senatorial candidate for Lagos Central District on the platform of the ruling All Progressives Congress (APC).

He also  promised to articulate the problems of the district on the floor of the Upper Chamber.

According to him, he will intensify the lobby for a special status for Lagos as the former federal capital of the country.

Speaking with newsmen in Lagos, he said that if loyalty, consistency and commitment to the progress of the party are criteria, he is the most qualified among the aspirants.

He said:”My decision to go for the Senate is in furtherance of my intention to give qualitative representation to the people of Lagos Central. Before now, I have been in Lagos State House of Assembly. I am a third term member of the House. I think that I am the most experienced among the contestants.

“For seven years now, I have been deputy speaker. I feel I should make myself available for service at the centre. Our party, AD, AC, ACN has not won at the federal level. But, since 2015, APC has been winning at the national level. So, it is time to play politics at the national level, to provide qualitative representation to my people.”

On the quest for a special federal assistance to Lagis, Eshinlokun-Sanni said:”There is also the issue of Lagos State being given a special status, that we must continually articulate and fight for.

“May be, the explanation has not been enough. Or may be, we have not lobbied enough. I think that my presence at the Red Chamber will give voice to this.

“The simple question, the simple explanation is when you look at all those countries that have developed or are developing, a case study is Dubai. Despite the fact that Abu Dhabi is the capital of the Emirate, they still give money, funding to Dubai.

“When Dubai develops, there is what is called backward integration. When Dubai is filled up, when the industries started coming, educational development, you see a whole road, many universities. Gradually, it crept back to Abu Dhabi.

“We want a development that would result into backward integration. All areas in Nigeria will start developing. We need to explain all of these to our colleagues as citizens of the country, that developing Lagos is like developing Nigeria. The benefits go to all.”

He added:”Beyond that, there is the issue of revenue allocation that we have to deal with in Nigeria. The constitution provides for derivation. They are using 13 percent derivation for producers of the natural resources, gas and oil. That in itself is discriminative because there are also economic products in other regions of the country.

“The Customs come and they get a lot of money for the country. The taxes for banks, a lot. What we are saying is that you need to give us derivation on all the monies the Federal Government is getting from Lagos. It should not be restricted to natural products alone. Out if the money you get from the states, give them derivation. I think what they have taken from Lagos, from the port, is close to a trillion. Even, their budget is now N2 trillion. Corporate taxes, a lot. VAT, a lot. Majority, like 60 percent of internally generated revenue for Nigeria comes from Lagos State.

“We are simply asking: give us derivation from what you are taking from us. It is a single argument. It is fair to these areas of the country to get derivation from natural products. They should give Lagos derivation on either economic or natural.”