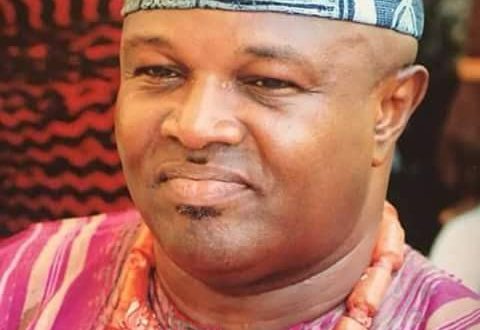 “I will never join a dying party like APC,” says Senator who sacked 92 aides

Tofowomo has been in the eye of the storm for sacking 92 aides.

Tofowomo said he is not contemplating dumping the Peoples Democratic Party (PDP) for the ruling All Progressives Congress (APC) or any other political party.

Speaking at Ileoluji, Tofowomo asked his followers and the public to disregard the rumour making the round on social media that he has perfected plans to leave the PDP for the APC.

The Senator said he would not disappoint the electorates and his party, PDP, who gave him all the necessary supports to become a Senator of the Federal Republic of Nigeria.

He said “I remain in the PDP and I’ll never disappoint over 81,000 electorates that elected me to represent them on the platform of the PDP as a Senator of the Federal Republic of Nigeria”.

”The public should know that the rumour of my defection from the PDP is a lie from the pit of hell to gain cheap popularity for a dying party like the APC.”

Nicholas Tofowomo furthered said “I remain committed to my party, PDP, and I will never join the ruling APC. I will continue to do my best to fulfil my campaign promises to the good people of Ondo South Senatorial District on the platform of my party, PDP

Previous: Tinubu brought Dogara back to APC to make him Vice-Presidential candidate- Analyst
Next: Akeredolu to Deputy: You lack political value, I will defeat you in your ward