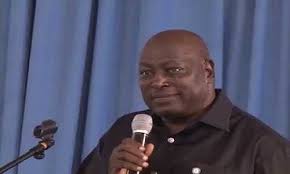 Babachir Lawal, a former Secretary to the Government of the Federation, SGF, has said that he is not making move to become the running mate of the All Progressives Congress, APC, presidential candidate, Bola Tinubu.

According to Lawal, God has not told him to aspire to be Tinubu’s running mate for the 2023 presidential election.

He noted that he would seek the face of God first before considering becoming Tinubu’s running mate.

According to Lawal: “God has not told me to aspire for that position. If you reach the level of Christianity that I am, you should be able to seek God’s opinion on everything that you do and get the indication.

“I will consider it. I have been in government before, and I have not seen any personal merit or advantage to me being in government. Since I left government, I have had a very good life and basically, a businessperson, and I have lived well. I am happy, and my children are happy.