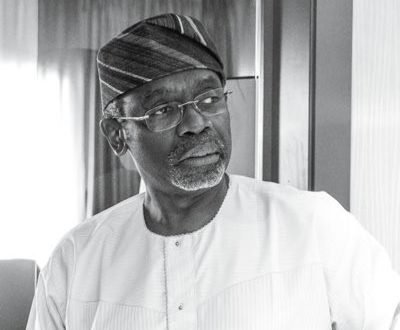 The Speaker of the House of Representatives, Mr Femi Gbajabiamila, has pledged to use his new office to impact on the lives of Nigerians.

Gbajabiamila made the promise when he visited Oba Rilwan Akiolu of Lagos at his palace.

The speaker was accompanied on the visit by Gov. Babajide Sanwoolu as well as his colleagues in the House of Representatives.

The speaker said he was committed to the wellbeing of Nigerians and would dedicate his time in office to promote the country’s development.

“I am going to use my office to the benefit of all Nigerians. It is going to be four years of hardwork, commitment to the rule of law, four years of dedication to the people of Nigeria.

”There were a lot of problems in Nigeria and it takes visionary leadership to address these problems.

”I will use my legislative experience of about 30 years to do the right things for Nigerians,” he said.

Gbajabiamila said he was aware of some of the requests of Lagos from the Federal Government, promising that he and his colleagues would do their best to attend to them.

He said Nigerians and particularly Lagosians could rely on him to promote their interests in the ninth House of Representatives.

The Speaker thanked residents for their consistent support for his political aspirations, particularly during his race for the position of Speaker.

Gbajabiamila said he would do his best to justify the confidence reposed in him.

The speaker thanked Akiolu for the warm reception at his palace.

He said he was glad to have been received many residents and well wishers on his first visit to the state after the House of Representatives leadership election.

Gbajabiamila said he would rely on Akiolu counsel in his efforts at promoting democratic dividends to Nigerians.

Earlier, Akiolu congratulated Gbajabiamila on his emergence as the Speaker, saying he and all Lagosians were proud of him.

He, however, advised him to use his new position to impact on the lives of the people, which was the essence of leadership.

The monarch said there were many things the state was requesting from the Federal Government and urged the speaker to use his office to help the requests.

He said a good number of properties belonging to the state were seized during the military government.

The royal father appealed to Gbajabiamila to help facilitate their release from the Federal Government for the use of the state.

“We have a catalogue of requests from the Federal Government, we want good transportation system and all the state properties taken away by military fiat we want them returned to us.

“We want all these things back for the improvement of the lives of our people,” he said.

Akiolu said he had absolute confidence in the newly inaugurated National Assembly to work with Executive to deliver democratic dividends.

He appealed to all Nigerians to give both arms of government the necessary support to deliver service.