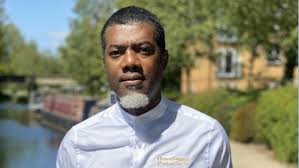 I wish Peter Obi’s supporters should understand me- Reno Omokri

Reno Omokri, former presidential aide to ex-President Goodluck Jonathan , has appealed to supporters of the Labour Party presidential candidate, Peter Obi who are known as Obidients to understand his kind of politics.

The top supporter of PDP presidential candidate  Atiku Abubakar, made the appeal in a post on his social media handles on Tuesday.

The popular activist  who claimed that the Obidients have helped him to achieve some successes, said he loves “their dedication to whatever they believe in”.

According to him, his defence of Atiku Abubakar was due to his membership of the PDP, stressing that jumping from one party to another has never been his belief.

He wrote, “I am very grateful to Obidients, because God used them to elevate me. One thing I love about them is their dedication to whatever they believe in.

“I really wish they could understand me. In the 23 year period of Nigeria’s Fourth Republic, I have only been associated with one political party-the Peoples Democratic Party.

“Jumping from party to party is not in my DNA. and party politics is not like trading. I can’t just mind my own store, like in a market.

“It is necessary for me to promote the party I believe in and denounce the ones I do not believe in. That is how party politics are played all over the world. Let us not take it personally. There is life after the 2023 election”.

Previous: Fani-Kayode: Obi’s supporters will be held responsible if anything happens to APC members
Next: APC to Adeleke: You are confused, have nothing to offer