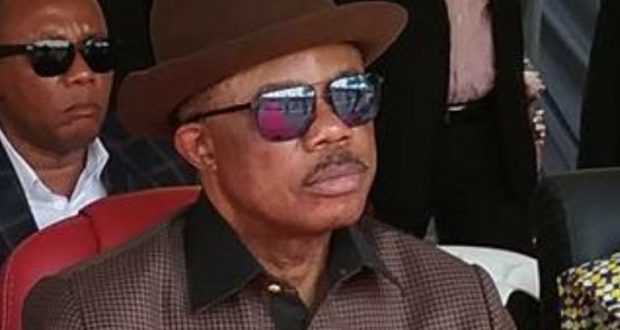 I woke up and discovered that my ADC was gone, now my life is in danger – Obiano

Governor Wille Obiano has raised some dust in Awka conerning his security and personal safety.

This concerned the development that his Aide de Camp (ADC) was withdrawn.

Politico learnt that a directive to this effect, was issued by the Force Headquarters in Abuja.

Obiano raised the alarm that he woke up on Tuesday morning to find that his ADC had been directed by the Police High Command to vacate him.

Obiano said that the directive had put his life in danger, describing the act as unacceptable and unfair treatment to his person and office.

The governor noted that his standing for re-election did not remove the fact that he was the Chief Security Officer of the state.

Previous: Anambra election: We’ll sanction any policeman found wanting in conduct – PSC
Next: We will return your ADC to you early Sunday morning after election, IGP tells Obiano