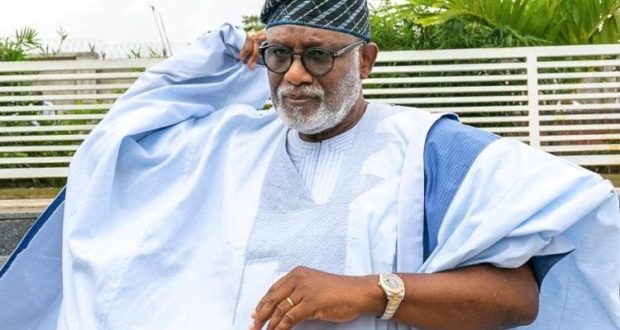 “I won’t allow my deputy to be impeached despite his disloyalty,” Akeredolu

Ondo Governor Oluwarotimi Akeredolu says he will not succumb to pressures from political henchmen to begin impeachment processes against his deputy, Hon Agboola Ajayi, despite their frosty relationship.

Relationship between Akeredolu and the deputy has been in low ebb over what an aide to the Governor described “as broken down of excessive trust.”

Some politicians reportedly approached the Governor to either ask Agboola to resign or face impeachment but the Governor declined and asked the man be left alone.

The deputy has not been seen recently in many public functuons.

Sources close to the office of the Deputy Governor however said the Governor would fail in any impeachment plot because the deputy picked majority of the House of Assembly members.

Some political allies of the deputy governor said he was more grounded in grassroots politics than the Governor.

They said the deputy has been loyal to Akeredolu but politicians who wanted politcal favours painted lies to the Governor through the First Lady.

An aide to the Deputy Governor, who pleaded anonymity, said the relationship was cordial until Governor Akeredolu started having fears that his deputy would contest against him at the primaries.

But a top government official said the deputy betrayed the trust Akeredolu have in him by attempting to put political structures in place ahead of this year’s governorship election.

The top official said Akeredolu gave free hands for his deputy to nominate political appointees from Ondo South and allowed him to make nominations during the party primaries ahead of 2019 general elections.

According to him: “Akeredolu trusted the deputy to handle politcal matters and that was why he listened to him to support some candidates to contest under the Action Alliance.

“But the deputy went to Abuja and told them the Governor was not listening to advice. That was what led to Akeredolu’s suspension.

“We have told the Governor to begin impeachment processes but he said we shoild allow posterity judge his Deputy.”

Previous: We are yet to take any position on Kyari’s replacement- APC Chairmen
Next: Oshiomhole vs Obaseki: Edo APC Crisis deepens as Governor’s Chief of Staff, Akerele resigns