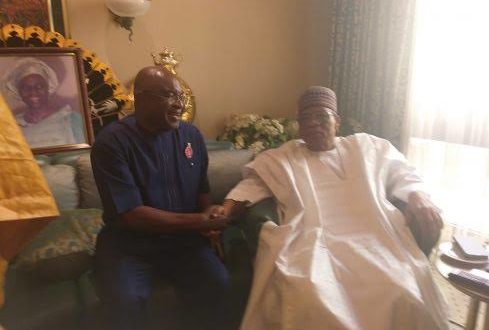 IBB dispels death rumour, says ‘I am alive and bubbling’

“IBB is very much alive and bubbling,” Afegbua said in a statement.

“The fake news bill would be a suitable response to this category of fake news carrier.”

Prior to Afegbua’s statement, there were rumours on social that Babangida had passed on with no substantive proof to the claims, Guardian reports.

This was not the first time that rumours about the former Nigeria military head of state would be trending.

Afegbua said the recent death rumour of Babangida was about the third for the year 2019.

“It has become consistent fake news for quite some time now wishing our own IBB, the one we easily refer to as “the last don” of Nigeria politics, dead,” Afegbua said.

The former Nigeria military head of state’s spokesman said the rumours lack any element of truth because Babangida, according to him, still received some friends and associates who visited him at his Minna Hilltop mansion.

Afegbua noted “death, as the irrevocable end of all creation, will surely come to everyone some day” but urged the sponsors of the rumours not to take humanity to a ‘bizzare level’ by wishing Babangida death.

The former Nigeria military head of state’s spokesman urged peddlers of the fake news to desist from it.