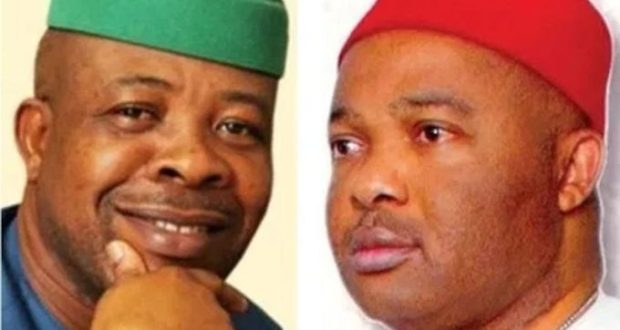 Ihedioha to Uzodima: You lied, I never sacked 3,500 civil servants

Uzodinma had asked Head of Service, Camillus Chibuzor Nwagwu, to reinstate workers he said were sacked by the past administration.

He approved the release of their appointment letters and instructed that they are remunerated as at when due.

Reacting, Ihedioha stated that Uzodinma was engaging in propaganda and image-smearing campaign against him.

“Such claims are plain malicious and mischievous.

“There was never a time Rt. Hon. Emeka Ihedioha fired any civil servant in Imo State. There were measures to regularize their employment through a committee chaired by a former Head of Service.”

“The outcome of that report is simply what has been implemented today by Governor Hope Uzodinma.

“Those at the helm of affairs must do their best not to distort facts, while trying to make political gains”, it added

Previous: APC Crisis: I will fight with every weapon at my disposal to save Oshiomhole- Uzodinma
Next: “Oshiomhole must go,” Amaechi, Peterside, Keyamo, others insist