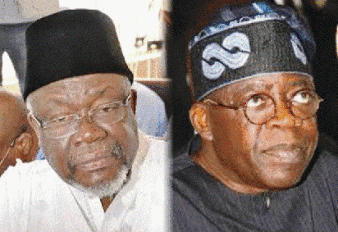 Ikimi said that Tinubu’s ‘bullion vans’ cannot buy the governorship election of Edo State which comes up on Saturday.

The former minister under Abacha’s regime said this while reacting to a video in which Tinubu accused Obaseki of not being a democrat and asked the people of the state to reject him at the polls.

Responding to the video, however, Ikimi, who was once a chieftain of the APC, said Tinubu did not have a lot of money in 1999 when Tinubu first became governor of Lagos State.

He, therefore, asked Tinubu to reveal his source of income to Nigerians.

The former minister, while making reference to the bullion vans spotted on Tinubu’s premises during the run-up to the 2019 general elections, said the Edo State election would not be bought and warned Tinubu to steer clear of the state.

Ikimi said the video put out by Tinubu was evidence that the election was not between Governor Godwin Obaseki and Pastor Osagie Ize-Iyamu.

Rather, the election was between Obaseki on the one hand and Tinubu and ex-Governor, Adams Oshiomhole on the other hand.

Addressing a crowd, Ikimi said, “Bola Tinubu, tell me how much money you had in 1998/1999. Today, they say you are a billionaire. You carry money in trucks all over the place to disfigure democracy and

Previous: Election should not be a do or die affair- Gov Obaseki
Next: Edo 2020: Everything is under control, INEC assures