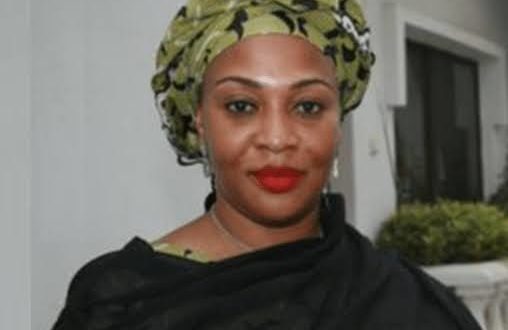 Gbemisola Saraki, minister of state for transportation, has condemned the demolition of “Ile Arúgbó” in Ilorin, Kwara state capital, by the state government.

AbdulRahman AbdulRazaq, Kwara state governor had on Thursday ordered the demolition of the building regarded as the political home of Olusola Saraki, Gbemisola’s father.

Reacting, Gbemisola, in a statement on Friday, said she feels disrespected that the governor wouldn’t consult with her before taken the action, knowing that she’s a member of the ruling All Progressives Congress (APC) that brought him into power, The Cable reports.

“As a staunch and loyal member of APC, I have kept quiet to date on the happenings in my state, Kwara State. I had done this for a number of reasons including trying to ‘keep my head when all about me are losing theirs’,” she said.

“There might have been some elements within my party, APC, who wanted to change the Otoge narrative of the 2019 elections to be about the Sarakis, and not about what it was — the removal of a failing PDP Administration.

“But clearly by some recent steps taken, especially with Thursday’s actions, Kwara State APC must be careful to not allow a few elements with their own agenda, other than governance, to turn their personal vendetta into the official
position of APC in the state.

“They must not be allowed to hijack the narrative of what our party stands for.

“The APC has, since its inception, preached and worked earnestly for genuine good governance, security, increased welfare, progress and development of the people, as exemplified by President Muhammadu Buhari, who in the face of direct provocation and deep personal attacks remains true to the oath he took to govern ALL Nigerians, in spite of allegiances.

“It is especially disrespectful to me personally, as a member of the APC since 2015, who welcomed and supported those who only joined us a couple of months to the elections, which includes the Governor himself, that my position as a member of the party was not given any consideration and/or regard when approaching this issue.”

The minister said she sees the governor as an elder brother and even in the political arena, they have known each other as political opponents and allies but she always accords him respect which he has not accorded her.

Condemning the demolition, Gbemisola asked the people to stand up against vindictive politics, driven by envy, motivated by jealousy and practiced without integrity.