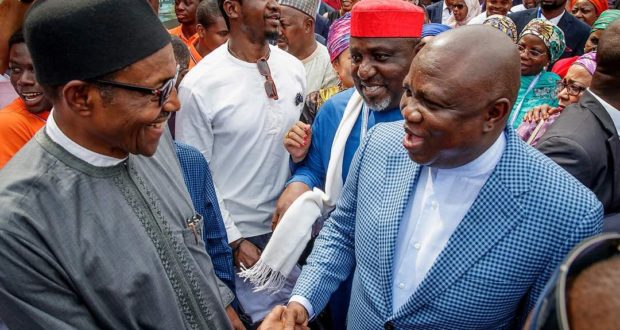 I’m in Beijing with Buhari, am not defecting to PDP

Lagos Governor, Akinwumi Ambode has debunked the rumour making rounds that he has defected to the Peoples Democratic Party (PDP).

There were reports that the governor had a closed door meeting with his political aides and executive council members to take a final stand on his future political ambition as the primaries draw closer.

I told Gov. @AkinwunmiAmbode of Lagos State that @LeadersNG and some other media platforms have been spreading fake news that he’s planning to leave the APC, he smiled and said Bashir if they don’t know tell them I am here in Beijing in President @MBuhari’s entourage”.