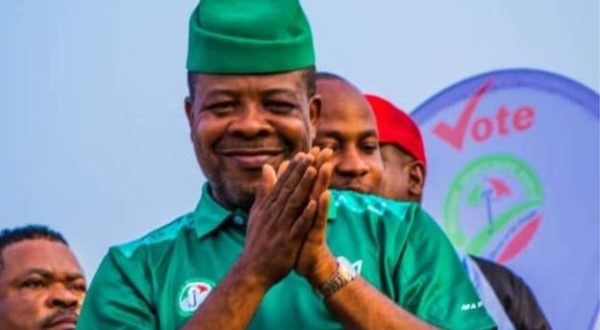 Spiritual leader of the Igbo nation, Chief Rommy Ezeonwuka, has attributed the Supreme Court judgement against Emeka Ihedioha to his vindictive disposition.

According to him, he foresaw the gods reacting against him for demolishing structures and edifices dedicated to gods of the land before the Supreme Court judgement.

Ihedioha of the People Democratic Party was on Tuesday sacked by the Supreme Court, which declared Hope Uzodinma of the All Progressives Congress(APC) winner of the 2019 governroship election, The Nation reports.

Reacting to the judgement, Ezeonwuka, a Board of Trustees member of the All Progressives Grand Alliance (APGA), said he earlier raised the alarm over his (Ihedioha’s) apparent vindictive actions against his predecessor.

He said: “Ihedioha came and concentrated on demolition of structures and edifices put in place by former Governor Rochas Okorocha and the gods reacted.

“I warned that the demolition exercise will bring bad omen to the Ihedioha administration and I raised the alarm that he has to retrace his steps and focus on his own agenda.

“I said this the day I condemned the demolition of a mosque at Trans Amadi in Port Harcourt by Governor Nyesom Wike.

“I condemned the demolition along with what Ihedioha was doing in Imo State because as a spiritual leader, I know they have incurred the wrath of the gods.

“You cannot demolish a structure or edifice dedicated to a deity or to a legacy of man loved by the gods of the land and expect the spirit of the gods to keep quiet. They will fight back, and they have fought back.”

Ezeonwuka said he would continue to advise Ndigbo on laws and rules of the gods, culture and tradition of the fore fathers to prevent them from incurring the wrath of gods.

“As a spiritual leader of the Igbo nation, I’m under the obligation of using spiritai means to address the challenges facing Ndigbo and I won’t relent in doing just that to the best of my ability,” he added.