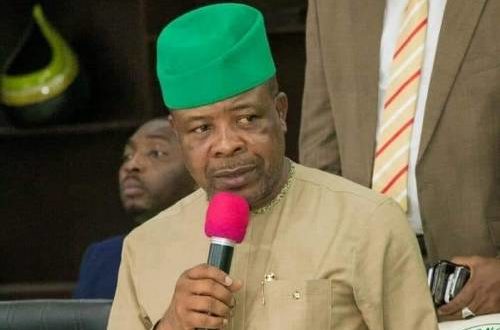 The Peoples Democratic Party (PDP) and Ihehodia have again asked the Supreme Court for an adjournment for the hearing of their request for a review of the court’ judgment sacking Ihedioha.

When the case was called on Monday, their lawyer, Kanu Agabi (SAN) said the 1st and 2nd respondents – Hope Uzodinma and his party, the All Progressives Congress (APC) – just served them some documents before the court sat.

Agabi prayed the court for time to enable him respond.
He suggested that the court allow them to return on Tuesday for hearing.

Lawyer to Uzodinma and the APC, Damian Dodo (SAN) admitted serving Agabi a moment before the court sat.

Dodo said Agabi served some documents on his office on Friday, and that Monday morning was the earliest time he could serve his response on him (Agabi).

He however indicated his readiness for the case to be heard on Monday and objected to an adjournment.

Lawyer to the Independent National Electoral Commission (INEC), Tanimu Inuwa (SAN), objected to an adjournment and said he was ready for the hearing of the case on Monday.

Ruling, the Chief Justice of Nigeria (CJN) Justice Ibrahim Muhammad, who led the court’s seven-man panel, acceded to Agabi’s request and adjourned till March 3, 2020 for hearing.

The case, earlier scheduled for hearing on February 18, 2020 was also adjourned till March 2, 2020 on the request by Agabi, who had claimed that parties were yet to file necessary documents

Previous: Imo: Tension as Ihedioha, Uzodima know fate today
Next: “We are waiting for you in APC,” Zamfara Commissioner tells gov Matawalle