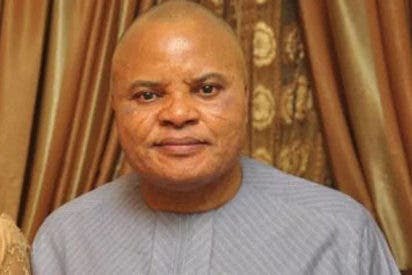 The Court of Appeal in Imo State has dashed the hope of  Senator Ifeanyi Araraume to be a Senator of the federal republic as it ruled that he is not the authentic candidate of the All Progressives Congress, APC for the Imo North by-election.

Justice Uchechukwu Onyemenami gave this ruling just about a day to the election.

It should be noted that all the  by-elections and the including the Imo North election will hold on Saturday December 5.

Imo North by-election will take place in  the 64 wards across the six Local Government Areas.

In his judgement, Justice Onyemenam ruled that  Frank Ibezim, is the authentic candidate of the  APC  of the election.

The judge set aside an earlier judgement of the Federal High Court of November 6 which sacked Ibezim.

The judge ruled that  Independent National Electoral Commission, INEC, should replace the name of Ararunme with Ibezie immediately.

Previous: Clash between APC, PDP supporters in Zamfara claims two lives
Next: Zamfara by-election: “I will deal with you squarely if you dare me,” Matawalle warns ex-gov Yari