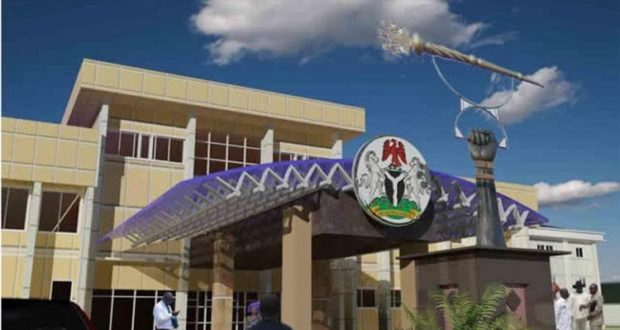 The Peoples Democratic Party (PDP) on Wednesday took harder stance against eight members in the Imo State House of Assembly who defected to the All Progressives Congress (APC).

It (PDP) declared the lawmakers’ seats in the legislative chamber vacant.

At a news conference in Abuja on Wednesday, PDP spokesman Kola Ologbondiyan, said the defectors cannot continue to hold on to the mandates given to them on the platform of the PDP, The Nation reports.

The Assembly members, including the Speaker, Collins Chiji and Majority Leader Chigozie Nwaneri, announced their defection on the floor of the House on Tuesday.

But the PDP leadership alleged that the lawmakers dumped the opposition party “ostensibly for selfish gains.”

The party described the actions of the lawmakers as unpatriotic and an unpardonable betrayal of their constituents who chose and identified with the ideal and visions of the PDP as the platform for their representation at the assembly.

Ologbodiyan said: “The defectors have indeed shown absolute lack of character, failure of leadership capacity in moments of challenges and absence of faith to stand with the people in their most trying moment, but are easily bought by personal pecuniary and political interests.

“These defectors are fully aware of the grave implication of their actions to the effect that by their defection to the APC, they have automatically lost their seats and membership of the Imo state House of Assembly as they can only hold such position on the mandate of the party on which they were elected -the PDP.

“It is settled under the 1999 Constitution (as amended), that a legislator who defects from a party upon which he was elected a member of a legislative house, automatically loses his or her membership of that house as the seat belongs to the political party upon which platform the election was won and not the individual.”

The spokesman said that the vacation of seat, as a direct consequence of defecting to another political party other than the party upon which one was elected to occupy a seat in the legislature, was clear and unambiguous under Section 109 (1) (g) of the 1999 Constitution (as amended).

“Consequent upon the above constitutional provisions, these defectors have vacated their seats, they no longer have a place in the state assembly, as there is no division or merger of any kind in the PDP at any level whatsoever.”

Ologbodiyan said the PDP was left with no option than to ask the Independent National Electoral Commission (INEC) to commence the processes to fill their seats in line with the provisions of the 1999 Constitution.

It assured the people that processes were already on towards achieving a judicial review and reversal of the “defective judgment” of the Supreme Court, on the Imo state governorship election.

The defectors were received into the APC by Governor Hope Uzodinma, who described the ruling party as a faster vehicle to take Imo to the desired destination

Uzodinma added that his mission was to make Imo a gateway of APC into Southeast states.

He said: “We will do our best to strengthen the party and take the message of this party to our neighbouring states. By so doing, we would have completely re-integrated Southeast into the national polity.

“As political leaders, we have a responsibility to go out to ensure that what belongs to our people from the national table comes to our people.”

The governor assured the state lawmakers that he would collaborate with them to see that all the arms of the government work in unison for the progress of the state.

Uzodinma, who assured the legislature of his support and cooperation, said: “I assure you that I will do my best not to disappoint you, I will not betray the confidence, I will work hard to justify this trust you have exhibited.

“Working together, I’m sure that our people will be better for it. He assured the defectors that they will be treated as equals in the House, noting that most of them were founding members of the party who left recently as a result of the crisis that rocked the party in the state before the general elections.

Commending Speaker Collins for placing his trust in him and towing the path of progress, the governor expressed happiness that he can now “beat his chest boldly and courageously that Imo is an APC state.”

Responding, on behalf of the 19 APC lawmakers, Collins thanked the governor for his open-mindedness, promising that the Ninth Assembly will always complement the efforts of the executive for the overall interest of the state..