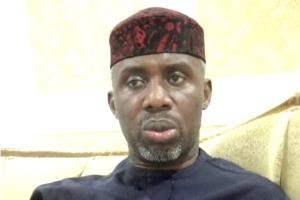 Action Alliance (AA) Governorship candidate in the last Imo election, Uche Nwosu, has withdrawn the suit he filed against the election of Governor Emeka Ihedioha.

His lawyer, Mr. Solomon Umoh (SAN), told the seven-man panel of the Supreme Court led by Justice Tanko Muhammad, the decision to withdraw the appeal challenging the outcome of the last governorship election in Imo State was based on the judgment of the apex court delivered on December 20, 2019.

Announcing the decision to withdraw the appeal on Tuesday, Umoh said: “Based on the judgment of this court in appeal SC. 1384/2019 delivered on December 20, 2019, and subsequently, on my advice to my client, we have decided to withdraw this appeal.”

Responding, counsel for respondents to the appeal, including Governor Emeka Ihedioha, who won the election on the platform of the Peoples Democratic Party, urged the court to dismiss the appeal having been withdrawn.