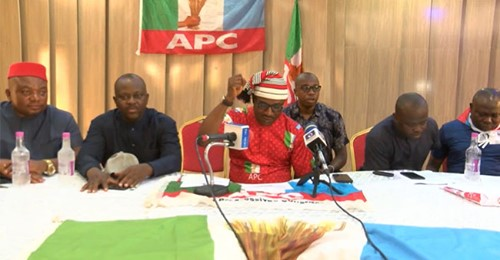 The 27 elected local government Chairmen in Imo State have vowed to resume to their offices on November 30.

The Local Government bosses were sworn in under the government of Rochas Okorocha who is now s Senator.

The lawmakers at a briefing in Owerri, Imo State capital threatened that they will resume their office on the said date if Imo State Governor Hope Uzodimma does not dissolve the present Interim management committee across the 27 local government areas in the state.

The acting Chairman of the group, Chinwe Obinna, said their action is based on a recent ruling by the Federal High Court in Owerri, reinstating them into office, a judgment which the state government did not appeal.

According to Channels, they vowed to go back to their offices to complete their tenure, of three years knowing full well that the Federal Government does not recognise interim management at the local government level.