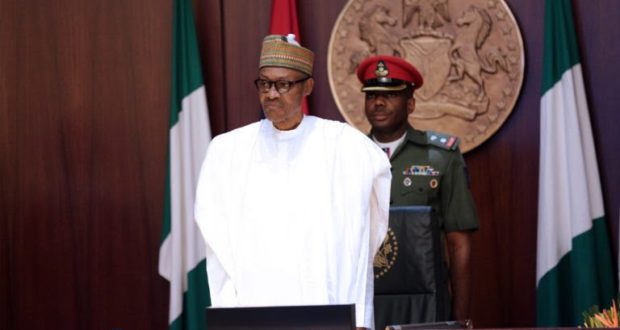 Impunity in Buhari’s Govt: On Punch Editorial Write-up we Stand

“Once a government is committed to the principle of silencing the voice of opposition, it has only one way to go, and that is down the path of increasingly repressive measures, until it becomes a source of terror to all its citizens and creates a country where everyone lives in fear.” (Harry Trunman)

On December 11, The Punch newspaper came out with an epoch-making editorial titled “Buhari’s Lawlessnes, Our Stand” where the national newspaper, with pinpoint accuracy highlighted several ways in which germane democratic ethos such as freedom of Speech, Freedom of Press and Freedom Peaceful Protest are being suppressed by President Buhari’s government in bizarre manner that is seriously damaging the image of Nigeria.

As a responsible media house which is also committed to playing the role of watchdog of the society and fourth estate of the realm; we are fully in support of this crucial article written by The Punch newspaper as it fearlessly addressed grey areas of the present Mohammadu Buhari-led government such as treating court orders with impunity, illegal harassment and detention of perceived opponent, illegal usage of security apparatus, most especially, the Department of State Service, DSS, showing disdain to the voice of opposition in a glaring manner.

Before the advent of the Omoyele Sowore’s saga that fully nailed the government’s colour to the mast, the government had been acting with total impunity, shucking off the ideals of democratic norms; most especially, treating the court order with contempt in a very glaring manner that is causing serious embarrassment to the country.

What makes a democracy is when its ethos, particularly, the rule of law and freedom of speech are entrenched. Those attributes are what differentiate a democratic state from a military government. Those attributes are what differentiate a democracy from Nazi Germany of Adof Hitler, Joseph Stanlin of defunct Soviet Union and Benito Musolini’s Fascism of Italy. This vividly implies that a democracy minus rule of law equals to authoritarianism/fascism. That is the point the Punch editorial is making, drawing attention of Nigerians to hostile attitudes of President Buhari towards the rule of law since he became the President in 2015.

Part of the Punch editorial reads: “Under the law, suspects cannot be held beyond 48 hours except by a court order. But the regime observes this in the breach. Yet, Nigeria is a signatory to the United Nations Declaration of Human Rights, African Charter on Human and People’s Rights and the Convention Against Torture and Other Cruel, Inhuman or Degrading Treatment and other treaties guaranteeing fundamental rights. The 1999 Constitution also spells out basic rights. But the regime chooses which rights or court orders to respect or obey. This is unacceptable. Critical segments of the society have been assaulted, silenced or compromised. It is time, as a Nobel laureate, Wole Soyinka, has strongly advocated, for civil society to rejuvenate itself and send the message to Buhari to “rein in his wild dogs of disobedience.” From the United States has come a message from the Department of State, two senators and Congress telling the Buhari regime to stop its shocking affront to the rule of law, reminding the General that “respect for the rule of law, judicial independence, political and media freedom, and due process are key tenets of democracy.”

“Nigeria has had more than its fair share of draconian rulers, whether in military or civil garb, but none has succeeded in breaking our resilience and irrepressible spirit. This regime will not prove to be an exception. Nigeria, and Nigerians, will overcome. The strong desire of our people to enjoy the unfettered freedoms guaranteed by the constitution and the rule of law, including the freedom to speak freely and assemble peacefully, will again outlive, outlast and crush the spirit of despotism,” the article reads.

Recently, a legal adviser to Amnesty International, Kolawole Olaniyan made a startling revelation that since Buhari has assumed office in 2015, his government has disobeyed Nigerian judges on at least 40 occasions.

The Lawyer said: “It’s hard to overstate the significance of this disregard of court orders not just for the operation of the rule of law but also effective respect for constitutional and international human rights, such as freedom of expression, peaceful assembly, association and access to information. Yet, Mr Buhari is carrying on, irrespective of human rights and the rule of law.

“Anytime the courts have told Mr Buhari’s government to do something it doesn’t like, it has refused to obey it. Even Mr Buhari’s Attorney General, Abukabar Malami (SAN), once said the rule of law is what the authorities determine it to be!!!

There is no vestige of doubt that the degree of impunity and dictatorial acts going in Buhairi’s government constitutes great danger to Nigeria’s nascent democracy. That is why Nobel Laurel,
Professor Wole Soyinka, while reacting to the KGB-manner in which the DSS rearrested Sowore said that the scenario can be likened to what he called ‘Lessons from the African Wild Dog,” adding that “wild dogs of disobedience” be taught some basic court manners.

Soyinka warned Buhari’s government that failure to respect the basic tenets of democracy is an open invitation to anarchy, noting that it could snowball the present situation into a serious political chaos.

According to Soyinka, disobedience calls to disobedience and the disobedience of the orders would only lead to the disregard of the authority of other arms of civil society by the people.

The late sage, Obafemi Awolowo also belabored the point of rule of law in a democratic setting, saying that worst democracy is better than the best military regime. He however added that democracy can only thrive in an atmosphere of free speech, noting that if that is taken away, it is no more democracy.

We want to use this medium to appeal to other fellow media houses to throw overboard ethnic and religious affliations, political patronage in any form and all forms of pressure; so that we will be able to speak together in one voice against political tyranny that has become the bedrock of this government. The Punch has trailed the blaze, let’s follow, this a trying time in which one of our major duties of righting the wrongs in the society needs to be performed to save this democracy.

We will conclude this article with two quotes that say “No government ought to be without censors; and where the press is not free no one ever will” (Thomas Jefferson) and “Four hostile newspapers are more to be feared than a thousand bayonets” (Napoleon Bonarparte)