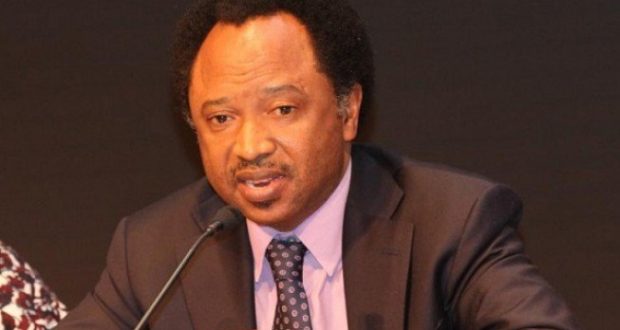 The lawmaker representing Kaduna Central Senatorial District, Shehu Sani, has urged leadership of All Progressives Congress (APC) to jettison indirect primary elections, describing it as “breeding ground for corruption in the country’s democracy”.

He stated this after submitting a petition to the party’s National Chairman, Adams Oshiomhole, in Abuja on Tuesday.

The petition is on the imperative of adopting direct primaries to nominate its candidates that will contest the 2019 general elections.

Sani said the petition was sequel to the debate that came up after the APC sixth National Executive Committee (NEC) meeting adopted indirect primaries to elect its candidates for the forthcoming elections.

He said that indirect primaries was a ploy to use public funds in bribing delegates to toe a pre-determined line of action.

The lawmaker also described indirect primaries as “a factory for producing stooges and a labour room for corrupt practices’’.

He urged the party’s leadership to deal with political corruption by eliminating indirect primaries.

“The delegate system, otherwise called indirect primaries, will rely on the whims and caprices of the few that now control the party after emerging from ward, local government and state congresses.

“The congresses that have been widely rejected by party members as a sham.

“We are particularly in opposition to indirect primaries because of the weakening effects of its corruptive tendencies.

“The entire process begins and ends with vote-buying, and as it is always the case, where the will of the electorate is subverted, the best candidates for the task ahead, never gets recruited.

“It is our humble opinion that the forthcoming 2019 general election is too crucial for the APC and Kaduna state.

“It is too strategic for us to confront the array of near formidable candidates of the opposition with anything less than our very best candidates,” he said.