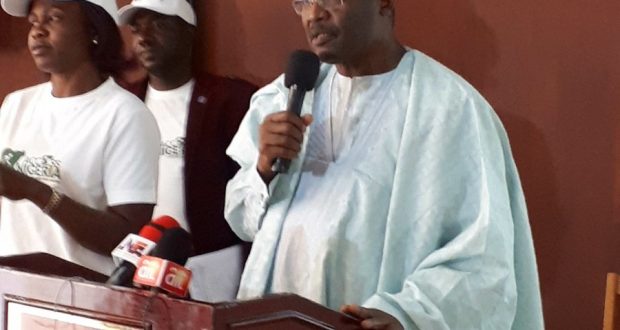 The Independent National Electoral Commission (INEC) has raised concern about the unlawful substitution of candidates by some political parties ahead of the November 18, 2017, Governorship election in Anambra State.

INEC Chairman Professor Mahmood Yakubu raised the alarm at a meeting with members of civil society organisations in the nation’s capital, Abuja.

“I wish to draw the attention of the civil society to the activities of two political parties. I wouldn’t mention their names here – I mentioned it when I met with the political parties two weeks ago. We monitored the primaries.

“We know those who emerged as candidates from the primaries but somehow, somewhere between Awka and Abuja, two parties substituted the candidates. The names that they finally submitted to the commission are not the names of the candidates that emerged from the party primaries which we monitored,”he said.

Despite the knowledge of what had happened, the electoral umpire has no legal rights to reject those substitutions, according to the INEC boss.

“The Electoral Act says if that is done, INEC has no powers to disqualify any candidate nominated by his or her party,” he said.

He, however, warned that the actions of both political parties could have negative effects on the election.

If any of the two candidates who did not stand in the primary wins, it would be up to the electoral tribunal or courts to decide.

Professor Yakubu said if the matter is challenged in court, INEC won’t defend what is wrong.

Previous: APC Describes Maina’s Recall As An Embarrassment
Next: Jonathan ‘Sold Me Out’ During Last Election – Nwoye